You know we at AMERiders always try to keep you up to date as much as we can even if it is a couple of months behind. Last week on Friday in our  Which Bobber is Best post, we told you that we would be giving you a look at some of Harley-Davidson’s Stunning new Models for 2018. So with that said here are those magnificent beauties.

Remember back in February when Harley CEO Matt Levatich told the motorcycling press that the Motor Company planned to release 100 new models in the next 10 years and we were all, “Good luck with that Mate!”? Well, it looks like the company is well on the way after it announced 17 Stunning new Models in a broadside of press releases in August.

Softails get a complete overhaul, Touring Bikes get new CVO options, Dynas get the axe in the rollout of these Stunning New Models

Twelve new Softails – including four sub-models with bigger optional engines – and five new touring bikes with three CVO options are scheduled to hit the streets in 2018. Unfortunately, the venerable Dyna line takes its curtain call in ’18 as its role as cool, stripped-down factory custom is taken over by new and improved Softails. 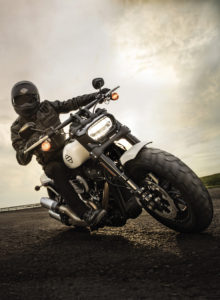 The info that Harley dumped on the motorcycle press in the new press release is, uh, copious. In an attempt to make sense of it all, we’re going to give you an overview of each bike family’s improvements, then do a quick description of each model’s updates. Also, there will be pictures. Lots of pictures of these Stunning new Models. 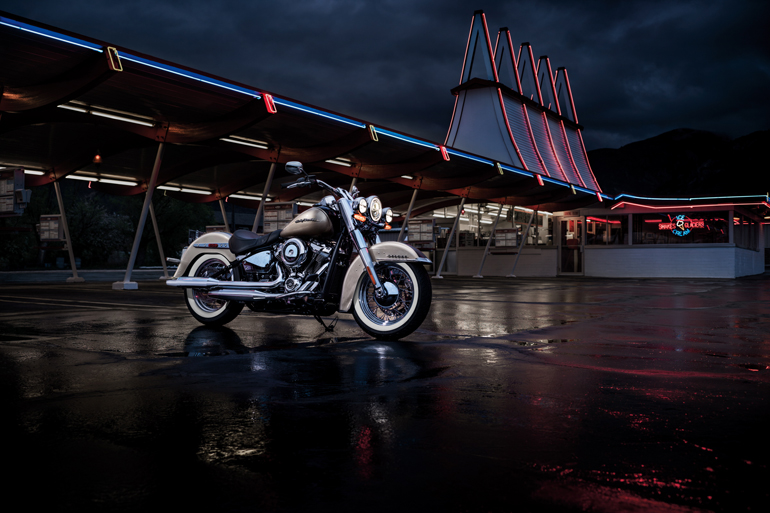 The Motor Company’s popular Softail line got the biggest overhaul here with eight Stunning new Models with increased performance, improved handling, decreased weight, and a slew of aggressive new styling cues that really change the tenor of the big twin cruisers without losing their inherent Harley-ness. These new Softails are all new, too. The old dual-shock Softail frame has been replaced with an entirely new monoshock deal built to accommodate Harley’s new Milwaukee-Eight mill.

“The new Softails are the result of the most extensive research and development program in the company’s history,” said Paul James, manager of Harley’s Product Portfolio. “Thousands of hours of research and testing were put into the complete ground-up design of these new cruisers. We focused on taking the total rider experience to a higher level, where authenticity, heritage, and soul meet the modern edge of technology for a ride that must be felt to believe.” 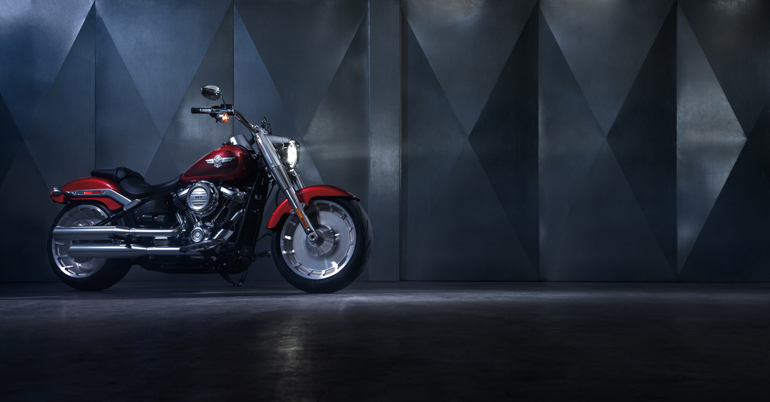 Interpreting Harley-Davidson’s history, authenticity, and styling DNA through a modern lens, the eight new Softails feature all-new designs that strongly differentiate them from their predecessors and each other. From a new base of style, comfort and performance the next generation of factory custom cruisers is ready for riders to elevate even further with their own personalization.

“The authenticity of Harley-Davidson design comes by sweating the details from start to finish – it’s hard to do and hard to copy,” said Brad Richards, president of Styling and Design. “Harley-Davidson motorcycles are not a commodity; they are handed down from generation to generation. We look at every nut and bolt on the bike, all the finishes, and every small detail. The new Softail frame is like a piece of art and the more you take off the bike, the more beautiful it becomes. Its design speaks to the teamwork that our styling and engineering processes demand.” 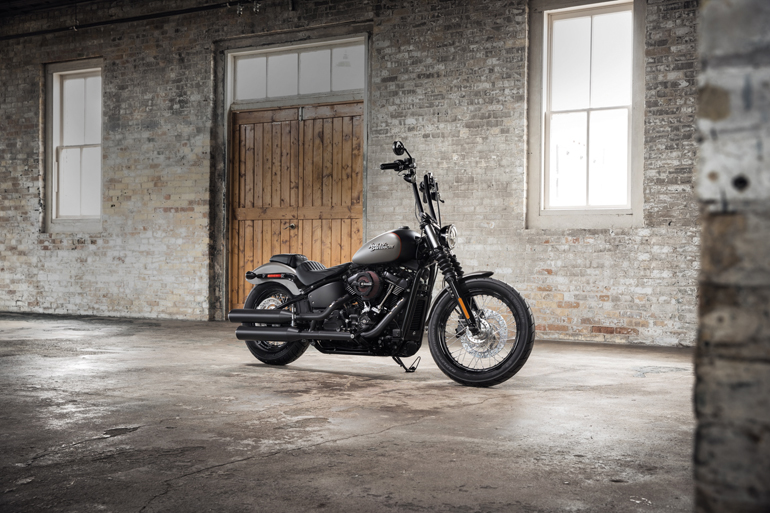 One of the biggest changes to the Softail line is a massive improvement in handling. The new bikes feature a lighter, more rigid carbon steel tube frame that’s about 65 percent stiffer than the outgoing Softail design, according to the press release. Combined with a new swingarm design, the new Softails enjoy increased lean angles, sharper turn-in response, quicker acceleration, lighter weight, and easier side-stand lift off than previous models.

Then there’s the power plant. Going forward, the standard engine in all Softails will be the sexy new Milwaukee-Eight 107. These two big, air-cooled, 45-degree V-twin mills are the biggest engines Harley has ever offered in their big twin cruisers. Four of the new models – the Fat Boy, Heritage Classic, Breakout, and Fat Bob – can be optioned with the bigger, more powerful Milwaukee-Eight 114 for those looking for a little more oomph in their cruiser. Both engines are internally counterbalanced via a dual counterbalancing system that reduces engine vibration while still maintaining both that Harley feel and the trademark engine sound.

With the new frames and power plants come a slew of new, high-tech goodies for the new Softails. Every model gets the new Daymaker LED headlights along with an improved charging system to run all the new electronics. Instruments and clocks are all new across the board, and each bike gets a steering head-mounted USB port for charging essential electronics 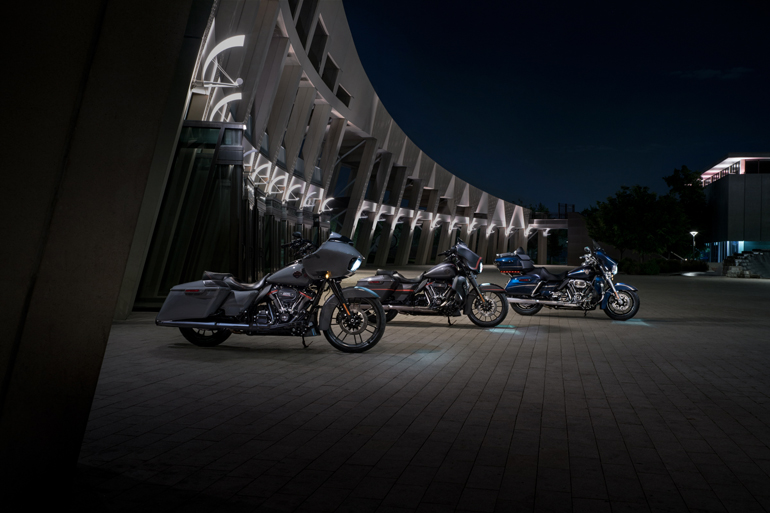 The Softails weren’t the only bikes in Harley’s stable to get makeovers for 2018 Stunning New Models. The new touring bike lineup includes the most robust array of custom Touring bikes the company has ever produced. To start, the MoCo took the popular Street Glide Special and Road Glide Special in a new direction for 2018. These stylish heavyweights swapped their chrome for black accents, got dressed up in dusky-hued, subdued color schemes, and got a power boost from the new Milwaukee-Eight 107 power plant.

“Our new Touring motorcycles will be some of our most sought-after bikes in 2018,” said Dave Foley, VP of Product Planning and Portfolio Management. “For CVO, we’ve rebooted the styling tone of the overall lineup and added some exclusive performance enhancements. The level of fit, finish, and performance has never been higher and owners will appreciate the intricate details like the new color trim on the rocker box lowers that marks the CVO engine’s exclusivity.” 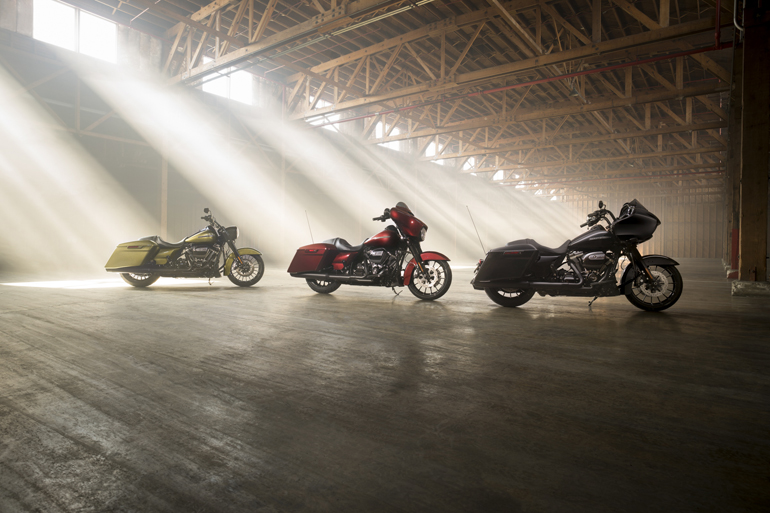 As usual, CVO models are limited in number and this year’s bikes feature some of the most distinctively crafted paint offerings the company has ever designed and produced. Also new for all three is an advanced integrated communication technology that features a wireless headset interface module. Customers can use the included Bluetooth headset to communicate with the motorcycle Infotainment system, their passenger, and other riders.

“The new direction our Styling department took with the design formula on the bikes is truly seismic,” stated VP of Styling and Design Brad Richards. “Take a look at the level of finish on any of the nine CVO paint sets, but especially the Fade on the CVO Limited, the depth of the paint layers and how it glows in the sunlight is just stunning.” 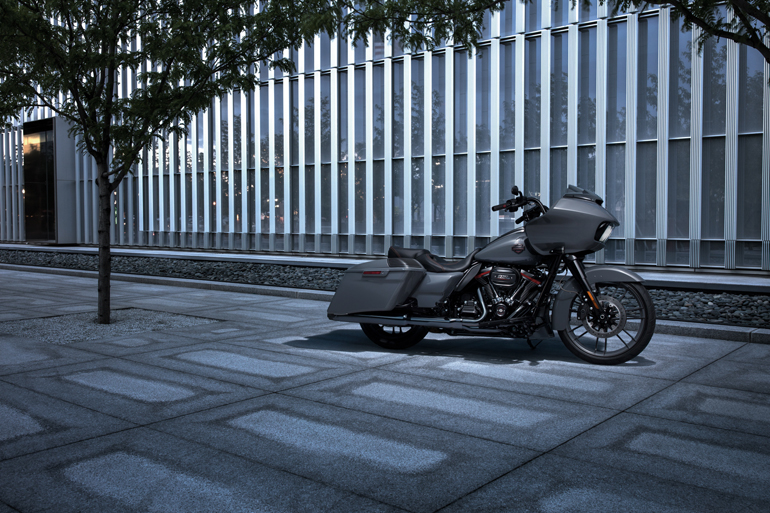 “Our two new custom baggers are the most aggressive, on-trend Touring bikes in the market, and our owners love to roll up to their favorite hangouts and show off,” said the manager of Product Portfolios Paul James. “But we also know it’s important for them to be able to hit the open road in comfort and style. These new hot rod baggers are the epitome of capable touring bikes that look cool, and ride better than ever.”

Let AMERiders keep you up to date with information on the Stunning New Models from Harley Davidson for 2018.