In 2016, more than 40,000 road deaths were reported, the highest number since 2007. America has its share of no-guardrail mountain passes, and we can claim plenty of nail-biting country byways with more blind spots than a Six Flags coaster. But when it comes to danger, nothing beats the federal highway system. The country’s most-traveled, most mundane roads are a grim abattoir, and they’re getting grimmer. You may ask What are the 7 Deadliest Roads In America, well, AMERiders gives you the top highways you should, but probably won’t be able to, avoid. 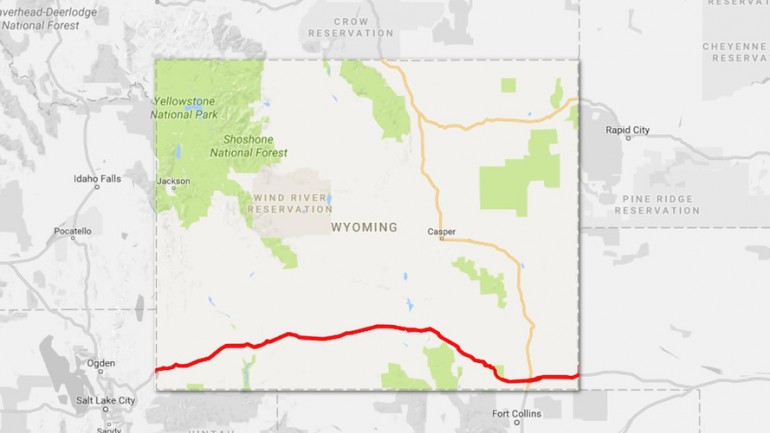 Our first of our 7 Deadliest Roads is I-80 in Wyoming. On average, more than 17 people a year die on this Interstate, which once comprised part of the Oregon Trail. That equals the death toll of the Donner Party every two years or so. In April last year, a Laramie woman died during a dense fog when her Honda CR-V was sandwiched between a speeding UPS truck and a Penske moving truck driven by her husband. In 2015, a 45-year-old man and two children perished when they ran into the back of a semi. Another calamitous fog bank led to a terrible series of wrecks in 2014, with four dead and dozens injured. In the first crash, seven semis and a horse trailer burst into flames. 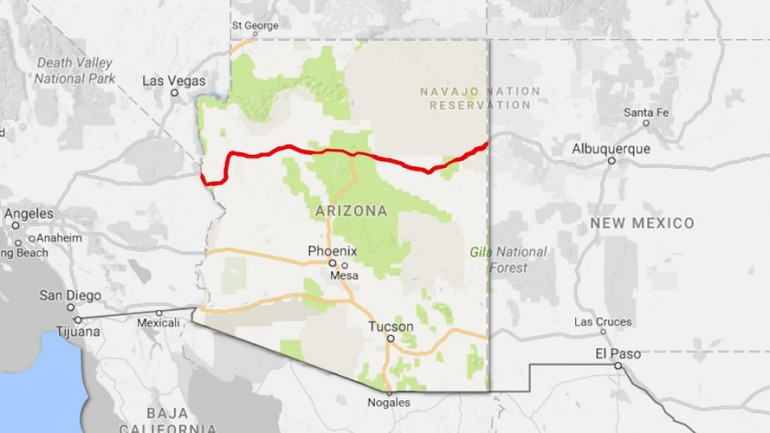 Our second of our 7 Deadliest Roads is I-40 in Arizona.Once the western linchpin of Route 66, I-40 is no place to get your kicks. Nearly 25 fatal crashes a year occur on Arizona’s I-40, and stretches of I-40 in New Mexico and California also have terribly high fatal crash rates. Avoid. Last October, a passenger vehicle—and a passenger—disintegrated on the hood of an oncoming semi, as smoke from a planned forest burn reduced visibility on the road to basically nothing. Last year, a surprise May hailstorm led to a terrifying incident involving multiple rollovers: “The first rollover collision occurred due to hail and ice covering the roadway. Two people rushed to the aid of the victims from that roll-over and were struck by a commercial vehicle.” 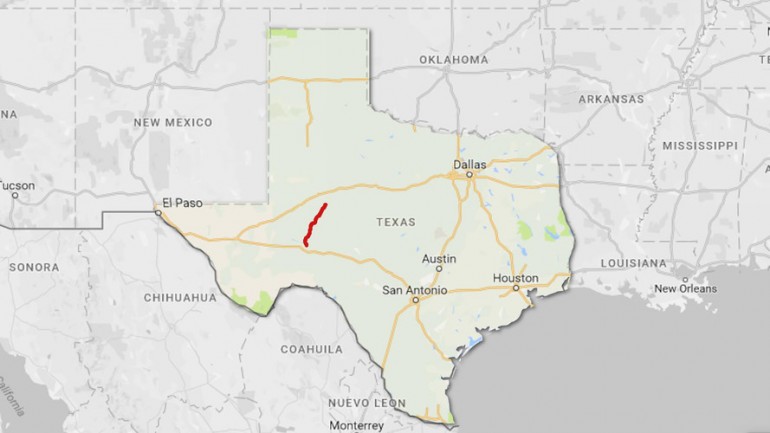 The Third of our 7 Deadliest Roads is US-83 in Texas.Somewhat ironically known as the Vietnam Veterans Highway, this road consistently boasts one of the highest death rates in America, averaging 26 a year over the last decade. It will be even higher this year. In April, a 20-year-old high school football player, who was allegedly texting while driving his pickup truck, veered out of his lane and rammed into a bus full of elderly church members returning from a choir retreat in South Central Texas. Twelve people died at the scene, 13 total, prompting a federal investigation. “A crush of black skid marks. A curled-up fragment of a women’s gold watchband. A beaten-up black boot. A litter of lavender medical latex gloves and emptied water bottles,” the Austin-American Statesman reported of the remnants of the wreckage.

I-95 in the Carolinas

Our 4th of our 7 Deadliest Roads is I-95 in the Carolinas.Nearly 450 people have died in this segment of the busy I-95 corridor in the last decade. But few accidents have been worse than the one that occurred near the state line recently. A Volvo gas tanker truck rear-ended a Dodge pickup, which ran into a Ford Explorer, which hit a Ford Escape. Meanwhile, the original tanker slammed into two big rigs, including a Freightliner, which burst into flames and barreled across the median. When it was all over, five people were dead, including the tanker driver and a family of four, including a one-year-old and four-year-old girl. 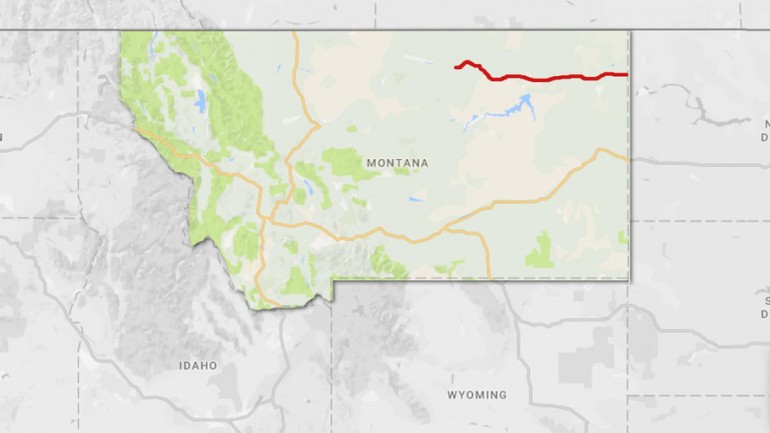 The 5th of our 7 Deadliest Roads is US-2 in Montana.For the most sparsely populated state, Montana sees more than its fair share of deadly crashes and has the highest rate of drunk driving in the country. US-2, America’s northernmost highway, always has a high death rate. Most famously and tragically, nine members of the Whitefish High School wrestling team died in 1984 while a school bus collided with a skidding semi near Glacier National Park, “its front end bursting into flames.” The crash haunts Whitefish to this day and is marked by a large memorial of stacked white crosses. But the road hasn’t gotten any safer. Last January, the most Montana road deaths occurred when a vehicle carrying railroad employees tried to pass a snowplow and rammed head-on into a truck from the state Department Of Transportation. 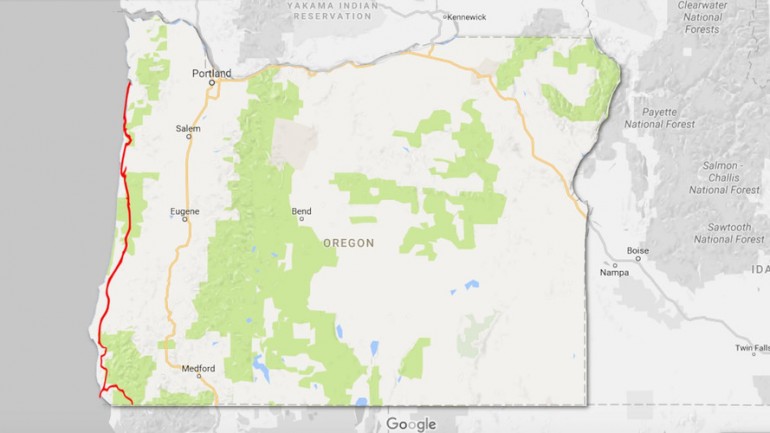 On our 6th of our 7 Deadliest Roads which is US-101 in Oregon, two people die every month while enjoying the views from this scenic coastal highway. Last year, a 42-year-old woman lost control of her Toyota Corolla, which drove off the highway and overturned. Rescuers found the driver “partially submerged in three feet of water.” Earlier this year, in a dramatic incident, a man died after driving his late-90s BMW sedan into a bus that had been converted into a motorhome. On the deadly morning of Feb. 26, a Nissan Xterra collided with a Ford Taurus and the Xterra driver lost his life when his car caught fire. Meanwhile, a green 2002 Ford Explorer hit an ice patch, overturned, and the driver died. Earlier in February, three teenagers died when a Mitsubishi crashed while drag-racing. You don’t come back from Dead Man’s Curve on the Oregon 101.

And our last of our 7 Deadliest Roads is US-1 in Florida.This road has, by far, the highest death-per-crash rate in the United States, another dubious distinction for The Sunshine State. The news around US-1 is a constant stream of helmetless motorcyclists taking a spill coming out of the Keys and elderly drivers making bad judgments. Five people died last February when a driver turned his Mazda Tribute directly into the path of an oncoming Ford F-250, closing the highway for more than five hours. Given how dangerous the driving conditions can be on US-1, that shutdown probably came as a relief.

Riding a motorcycle can be dangerous if you don’t pay attention to what you and other people around you are doing… This includes the road you are riding on. Always wear protective gear and make sure your passenger has on protective gear as well.

Let AMERiders keep you apprised of the 7 Deadliest Roads In America.