Carols were first sung in Europe thousands of years ago, but these were not Christmas Carols. They were pagan songs, sung at the Winter Solstice celebrations as people danced round stone circles. The Winter Solstice is the shortest day of the year, usually taking place around 22nd December. The word Carol actually means dance or a song of praise and joy! Carols used to be written and sung during all four seasons, but only the tradition of singing them at Christmas has really survived. 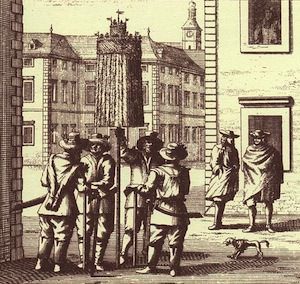 Early Christians took over the pagan solstice celebrations for Christmas and gave people Christian songs to sing instead of pagan ones. In 129, a Roman Bishop said that a song called “Angel’s Hymn” should be sung at a Christmas service in Rome. Another famous early Christmas Hymn was written in 760, by Comas of Jerusalem, for the Greek Orthodox Church. Soon after this many composers all over Europe started to write ‘Christmas carols’. However, not many people liked them as they were all written and sung in Latin, a language that the normal people couldn’t understand. By the time of the Middles Ages (the 1200s), most people had lost interest in celebrating Christmas altogether.

This was changed by St. Francis of Assisi when, in 1223, he started his Nativity Plays in Italy. The people in the plays sang songs or ‘canticles’ that told the story during the plays. The new carols spread to France, Spain, Germany, and other European countries. The earliest carol, like this, was written in 1410. Sadly only a very small fragment of it still exists. Traveling singers or Minstrels started singing these carols and the words were changed for the local people wherever they were traveling. One carol that changed like this is ‘I Saw Three Ships’.

When Oliver Cromwell and the Puritans came to power in England in 1647, the celebration of Christmas and singing carols was stopped. However, the carols survived as people still sang them in secret. Carols remained mainly unsung until Victorian times when two men called William Sandys and Davis Gilbert collected lots of old Christmas music from villages in England.

Also, at this time, many orchestras and choirs were being set up in the cities of England and people wanted Christmas songs to sing, so carols once again became popular. Many new carols, such as ‘Good King Wenceslas’, were also written in the Victorian period.

The most famous type of Carol Service might be a Festival of Nine Lessons and Carols, where carols and Bible readings tell the Christmas Story.

And now we know the story behind Christmas Carols.

The 12 Days of Christmas are now most famous as a song about someone receiving lots of presents from their ‘true love’. However, to get to the song there had to be the days to start with!

The 12 Days of Christmas start on Christmas Day and last until the evening of the 5th January – also known as Twelfth Night. The 12 Days have been celebrated in Europe since before the middle ages and were a time of celebration.

The 12 Days each traditionally celebrate a feast day for a saint and/or have different celebrations. Since some of us don’t celebrate it that way or haven’t known about it like that and only knew the lyrics to the song we usually have just played with it starting on the 12th and going to the 24th so we will do that as we do every year. And as usual, we will do it Biker style.

On the first day of Christmas, my Old Lady gave to me: The gift of a new bike key.

On the second day of Christmas, my Old Lady sent to me: Two Pairs of Gloves and the gift of a new bike key.

(Who doesn’t always need an extra couple pairs of gloves one for each season. I know I do.)

On the third day of Christmas, my Old Lady sent to me: Three pairs of Sunglasses, two pairs of gloves, and the gift of a new bike key.

( I am always, losing, sitting on scratching dropping my glasses or something… need a new pair every month or so… yeah this would be great.)

Let AMERiders give you information on the Stories Behind Christmas Carols and Traditions & 12 Days of Biker X’mas.