We all know that anything can be a fake nowadays but really faking name brand motorcycle gear just to get a buck. This information we found out really had us at AMERiders really shaking our heads. So when you buy your gear from overseas make sure you ask yourself these questions once you read below. Is this a reputable dealer and Is the Motorcycle gear you are going to buy really name brand or is it a counterfeit?

According to the World Intellectual Property Review, the suit was filed in early August in the US District Court for the Northern District of Illinois. The complaint names the defendants as an “interrelated group of counterfeiters”, accused of running online stores on a range of platforms and marketing the sites on social media.

Milwaukee charges the group with the illegal sale of products including motorcycle parts, jewelry, apparel, and other goods using counterfeit versions of Harley-Davidson’s federally registered trademarks. About 40 years ago, the Harley-Davidson legal department undertook a broad campaign of trademark protection. Under the theory that any unauthorized use of the company’s registered marks was confusing to customers, the program extended to parts and accessory shops selling T-shirts and other clothing items. 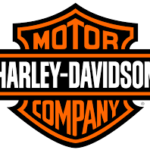 In addition to the Harley-Davidson name, the company owns numerous trademarks including the bar-and-shield logo and bald eagle illustration used for the clothing line. The claim states that “Defendants facilitate sales by designing the defendant internet stores so that they appear to unknowing consumers to be authorized online retailers, outlet stores, or wholesalers. The unauthorized use of the Harley-Davidson trademark is likely to cause and has caused confusion, mistake and deception among consumers and is irreparably harming Harley-Davidson.”

The company is seeking injunctive relief, a transfer of infringing domain names, a transfer of profits derived from the infringing products, $2 million for “each and every use of the ‘Harley-Davidson’ trademarks, and attorneys’ fees.

This isn’t the first time that Harley’s had to go to war with foreign counterfeiters. Three months ago, The Motor Company successfully obtained an injunction against a group of online counterfeiters running an internet store in China. Harley was reportedly awarded damages in an order that read, “all monies currently restrained in defaulting defendants’ financial accounts, including monies held by PayPal, are hereby released to Harley-Davidson as partial payment.”

So there you have it, Harley isn’t the only one that has their items counterfeited or even sold without their permission, there are more, even Honda has sued over fake motorcycles that were copied from them. We hope you have enjoyed this little bit of news and take heed to paying attention whether your items might be Counterfeit or not here at AMERiders we only sell high-quality name brand items. As we care about our customers very much. The big reason to watch out for counterfeit items is that they are not of the best quality as the name brand quality they are mimicking. So be aware and do your homework on the company you are buying from.

Let AMERiders keep you up to date with information on Counterfeit motorcycle gear.