Well, another year of Sturgis is over, and the long wait for another year of fun, music, food, and frolicking hs started. Wait, there is something that some left behind that they might need to go back and get. Or there may be a few things that happened they might want to remember forever or just forget happened all together. We are going to list some of the crazy weird things that were lost over the years and some of the cool things that happened and some of the weird, wild and memorable ones as well. For those of you that this has happened too, you did or that experienced these give us at AMERiders a virtual hand raise in the comments below or even on Facebook in the comments.

People bring in all sorts of strange things to add to the experience, and every year lots of those items surface after the party is over. While many are lucky enough to get reunited with their valuables at the Buffalo Chip lost and found, nearly just as many move on without them. Some of the remaining items were so strange, it’s no wonder they were left behind! Check out all the weird and wonderful stuff the Chip found over the years after last call.

This was definitely a weird one why would anyone want to do this to a mannequin? check out what the Chip said about it.

Ok, we know weird things happen and are lost at Sturgis cause people are having a good time with their friends but really people a blow up sheep?

And we still can’t figure this out the only thing we can figure out is that this person might not have made it home from Sturgis for one reason or another.

However, some things are hard to take back with you when they are “made at Sturgis” Like this bridge.

Not to mention the usual things they say they get like multitudes of Keys, Eyeglasses, Sunglasses, Air mattresses, Tents, cell phones, wallets, ids, and credit cards, and various clothing items. What crazy and weird things have you left at Sturgis? Or were any of the above yours?

Throwing a nine-day party every August for nearly four decades requires shaking things up. A willingness to try new things is vital to keeping things fresh, so having an open mind is key. While judging people is against everything Sturgis stands for, sometimes it’s hard not to look back at some of the events and the resulting odd moments that have taken place over the years and go, “uhh… wut?!” Check out some of the Crazy and weirdest moments that have ever taken place at Sturgis and be assured that your mental health is still in good standing. (pictures courtesy of Buffalo Chip) 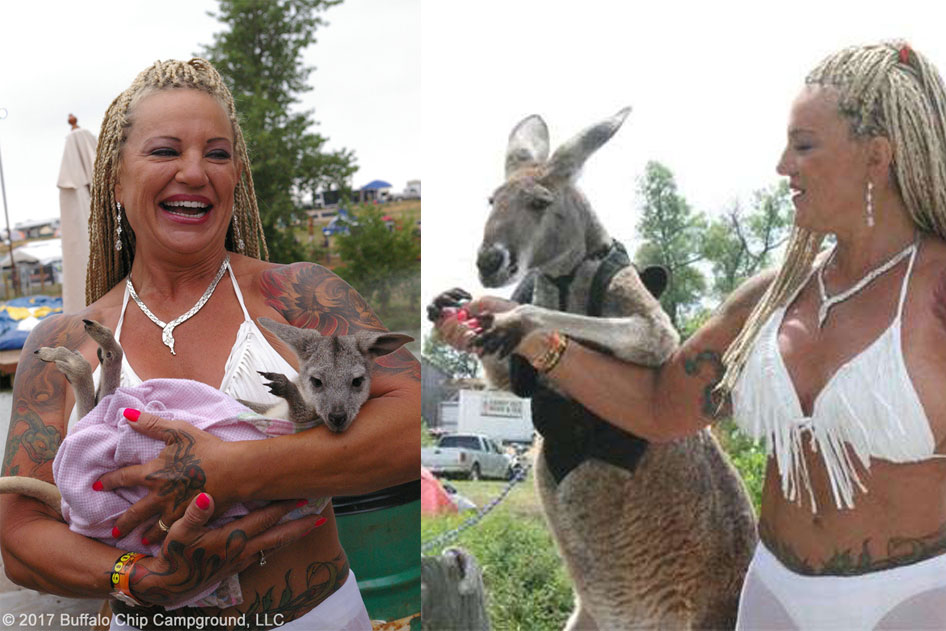 Any wedding at the Buffalo Chip is guaranteed not to be your usual stuffy traditional affair, but Midget Bowling enforcer Lady Victoria kicked things up a notch in 2009 when her wedding featured a marsupial as the best man. After Jack escorted her up the aisle, he was rewarded for his service with a BreathSavers mint.

One hundred eighty-two bikers donned their most dashing pair of drawers and their brightest smiles on Aug. 5, 2015 to be part of one of the rally’s most outrageous world-record-breaking attempts – the most people in one place wearing only underwear! While the group did not manage to break the record, they did manage to have one hell of a time. 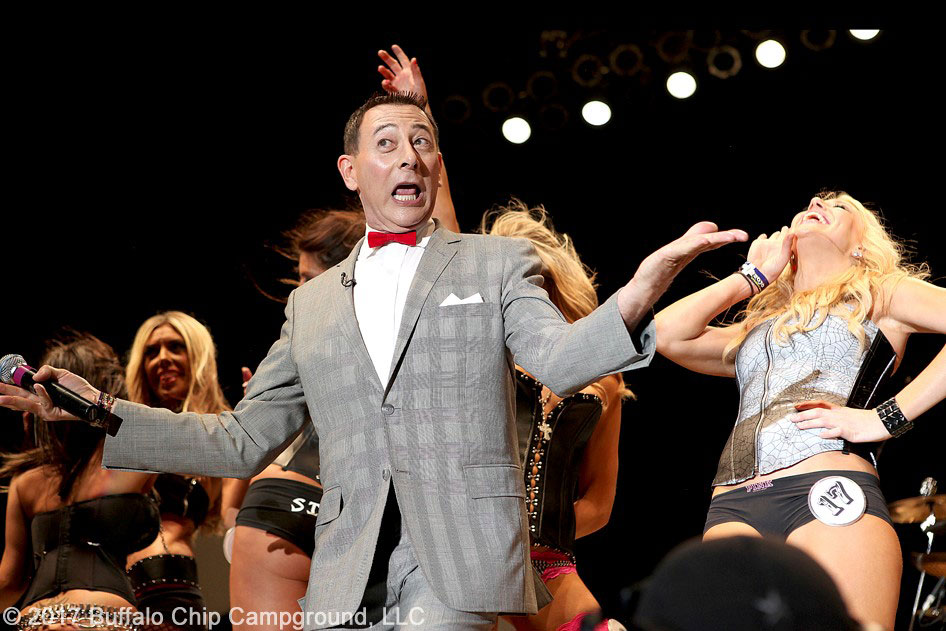 When Paul Reubens, better known as Pee-wee Herman, came to the Buffalo Chip in 2010, nobody was really sure what to expect other than the unexpected. Consequently, when he zip-lined onto the stage and proceeded to recreate the classic  “Tequila dance” scene from his film “Pee-wee’s Big Adventure” alongside the 2010 Miss Buffalo Chip contestants, the expectations that something outrageous was going to happen were met.

So, What was the crazy or weird thing that you left at Sturgis this year or was it just a fun experience for you? Let us know in the comments below or on our Facebook comments.

Let AMERiders keep you up to date with information on Crazy and Weird things left at Sturgis.