Project Livewire was Harley’s first chance to dip its toe into electric motorcycling. Now the company has announced plans to bring Electric Motorcycles to market within the next 18 months. AMERiders gives you the scoop on the story.

Harley-Davidson is hurting. The company released its full-year results for 2017 on last week, showing a worldwide sales drop of 6.7 percent against 2016, broken down into an 8.5 percent slide in US sales and a 3.9 percent drop elsewhere.

This isn’t just a Harley-Davidson issue. Large capacity motorcycle manufacturers across the board are struggling with some basic facts: the average new bike buyer keeps getting older and older, for one, and the kids underneath them just don’t seem to be as interested, preferring the blue glow of their smartphone screens and the taste of Tide pods to a throbbing motor and a smile full of bugs. Such is life.

H-D plans to address the slide by aggressively targeting younger riders, “redefining its product in traditional spaces and expanding into new spaces.” One of those new spaces will be electric, with the company announcing that it’ll have an electric Harley on sale within 18 months – though at this stage we don’t know what it will look like or how much it will cost. 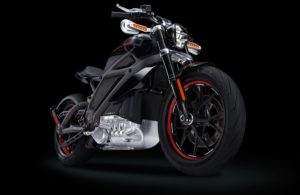 This shouldn’t come as a surprise after the worldwide press, hearts & minds campaign surrounding Project Livewire, an EV technology demonstrator with an underwhelming 7 kWh battery and funky looks that was wheeled out for short test rides all over the place, and even ended up making a cameo as Scarlett Johannsen’s zero-emissions steed in the latest Avengers movie.

It shouldn’t come as a surprise, but it still does to anyone who’s grown up with a very fixed image of what Harley-Davidsons are all about: outlaws, choppers, carefree big-bore dinosaur burners that never moved with the times because they never had to.

Matt Levatich, H-D President and CEO, summed up his company’s view thus: “The EV motorcycle market is in its infancy today, but we believe premium Harley-Davidson electric motorcycles will help drive excitement and participation in the sport globally. As we expand our EV capabilities and commitment, we get even more excited about the role electric motorcycles will play in growing our business.”

So it seems the company sees an opportunity for somebody to step in and become the Tesla of electric motorcycles, playing on prestige as well as performance, and piggybacking on a network of charging stations that the EV pioneers have built out. 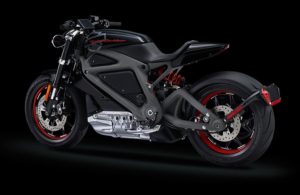 Perhaps H-D could play that role; it’s got brand awareness, style and street cred that a company like Zero Motorcycles can’t match. Harley customers are used to paying the kinds of prices electrics necessitate. They won’t have the range or OG EV cred of a Zero, or the performance of a Lightning, or presumably the out-there design factor of whatever Curtiss is working on, but they have a powerful global dealer network and a brand so strong that people buy the clothes without ever having ridden a motorcycle.

Whether it can pull off this kind of transformation without burning its existing (and highly tribal) customer base down to the ground will be fascinating to watch. I can’t remember a technological innovation since the Evolution engine that Harley’s true believers didn’t fight tooth and nail. The brand is built on heritage, history and a riding experience that hasn’t changed with fashion. We can imagine what the average person with a Harley logo tattoo will have to say about an electric.

But ultimately this is a microcosm of what the rest of the industry is going through. The kinds of bikes my father’s generation loved are different to what my generation is into, and nobody seems to have any idea what’s going to get the kids to dig into their famously shallow pockets if it can’t be squashed onto a piece of toast. And if they don’t have the dollars for gas bikes, will they really flock to more expensive electrics?

Gives you a bit of something to think about doesn’t it?

Let AMERiders keep you up to date on Harley-Davidsons Plans for production of their Electric Motorcycles.