Founded in 1903, Harley-Davidson is America’s oldest and most popular motorcycle marque. Throughout its 114 years of production, Harley has made countless iconic bikes and constantly evolved to meet evolving tastes and markets while maintaining its essential Harleyness. The company survived multiple wars and depressions, two world wars, stiff competition by both the British and the Japanese, and outlived all of its original competitors save Indian. In doing so, Harley helped shape motorcycle culture and gave birth to a big slice of Americana. I thought that it would be fun to let AMERiders readers know about the Important Harley-Davidsons there were Throughout Time. We will do this in a few post so here is what we call the Big List Part A.

What you will find out 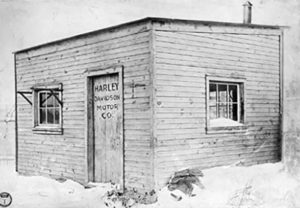 The following list includes significant motorcycles in Harley-Davidson history, those bikes that represented the next step in motorcycle evolution or set the standard for an entire bike segment. Although it’s pretty exhaustive, this list excludes unique or short-lived models like the Aermacchi/Harley Sprints, Servi-Cars, most military models, and one-off items like scooters or snowmobiles since they’re largely outside the scope of this article. Also, honestly, each of those categories deserves their own book and, since they’re so rare, weird, or exclusive, existing information about them is largely nonexistent.

So let’s get down to business, shall we? For the purposes of this our Big List Part A of Harley-Davidsons Throughout Time, we’ve separated the bikes into two broad eras – pre- 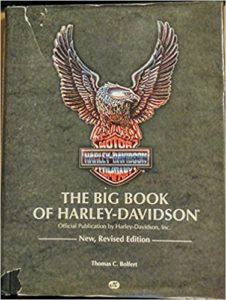 Knucklehead and post-Knucklehead – which I’ve called “The Beginning” and “The Modern Era”. As you may know, the legendary Knucklehead was Harley’s first overhead-valve engine. Its introduction brought Harley into the modern era, and every modern big twin – Dynas, Softails, and touring models – can trace its lineage straight back to the old Knuck.

No one is perfect, so if you know of anything we missed in our information, please let us know. For instance, we believe we’ve caught all of the known model codes for the models listed, but there are always special edition or one-off models that sometimes change the code. It’s possible we’ve missed a few, but to the best of our efforts, this is a complete list of every Harley-Davidson models today.

Also, if you’re looking for more depth in the subject a great resource for true-HD enthusiasts is the Big Book.We aren’t gonna give you a long post today as you know we don’t like to make you read for too long so we will just give you a tad bit and then continue one with the information next week.

In the beginning, Harley-Davidson built motorcycles to race. The early years featured a huge variety of models, from singles, V-twins, and opposed twins in a variety of frames. Engineering development was in full swing, and the American-made racing scene was a beautiful drama. During these years, Harley-Davidson was in a frenzy of engineering and development. New models,  engines, and chassis configurations seemed to change every year or so as new breakthroughs were made and new ideas were tested.

In 1901, William S. Harley completed a blueprint drawing of an engine in a bicycle frame. He partnered with longtime friend Arthur Davidson and, after two years of woodshedding in mutual friend Henry Melk’s garage, rolled out their first bike in 1903 and immediately went racing, thus Starting our first in our Big List Part A of Harley-Davidsons Throughout Time.. With the paint still wet on the 1903 bike, Mssrs. Harley and Davidson got to work on a new, more modern motorcycle with a bigger and better engine single-cylinder engine.

Completed in September of 1904, this bike rolled out of Melk’s garage and went straight to the track just like its 1903 predecessor. The engine was a 24.74 cubic inch, inlet-over-exhaust single with a single-speed transmission and a leather belt drive with backup pedal assist. The entire thing weighed less than 200 pounds and had a top speed of around 40 miles-per-hour. It took fourth place with rider Ed Hildebrand in the saddle, not bad at all for what was essentially a one-off prototype.

In 1905, Harley-Davidson released the first true Harley – the Model 1. Basically a production model of the 1904 prototype/racer, the Model 1 was nearly identical to its predecessors.

It wasn’t until 1909 that Harley-Davidson released its first V-twin powered motorcycle – the 49.5 cubic inch Model 5-D. Around this time, Harley-Davidson became America’s largest motorcycle manufacturer, eclipsing arch-rival Indian and completely dominating smaller outfits like Thor, Henderson, Excelsior, and Pierce. The F-Head engine in the 5-D was a flop for a number of reasons which are, once again, outside the scope of this article, and was replaced a year later with a better engine. 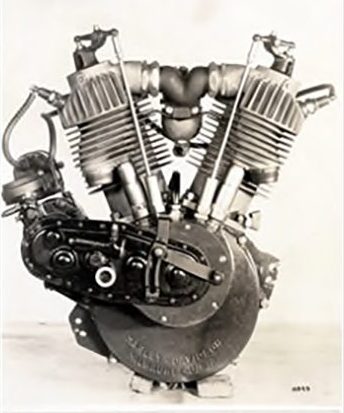 And we are gonna leave you here for Big List Part A and get more in-depth with the list next week for you, Kinda like a book with a cliff hanger. Leave you guessing a bit.

Let AMERiders give you information on the log Big List Part A of Important Harley-Davidsons Throughout Time and help you gear up to ride.