With the 4th of July, being tomorrow AMERiders wanted to let all our readers know the in’s and outs of Independence Day and what it means, a few other tidbits. In case any of our brothers and sisters or future brothers and sisters didn’t know. Independence Day is annually celebrated on July 4 and is often known as “the Fourth of July”. It is the anniversary of the publication of the declaration of independence from Great Britain in 1776. Patriotic displays and family events are organized throughout the United States.

The first description of how Independence Day would be celebrated was in a letter from John Adams to his wife Abigail on July 3, 1776. He described “pomp and parade, with shows, games, sports, guns, bells, bonfires, and illuminations” throughout the United States. However, the term “Independence Day” was not used until 1791.

Interestingly, Thomas Jefferson and John Adams, both signers of the Declaration of Independence and presidents of the United States, died on July 4, 1826 – exactly 50 years after the adoption of the declaration.

Celebrate The 4th of July 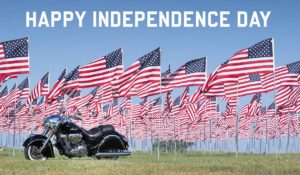 The 4th of July is a day of family celebrations with picnics and barbecues, showing a great deal of emphasis on the American tradition of political freedom. Activities associated with the day include watermelon or hot dog eating competitions and sporting events, such as baseball games, three-legged races, swimming activities and tug-of-war games.

Many people display the American flag outside their homes or buildings. Many communities arrange fireworks that are often accompanied by patriotic music. The most impressive fireworks are shown on television. Some employees use one or more of their vacation days to create a long weekend so that they can escape the heat at their favorite beach or vacation spot.

The 4th of July is a patriotic holiday for celebrating the positive aspects of the United States. Many politicians appear at public events to show their support for the history, heritage, and people of their country. Above all, people in the United States express and give thanks for the freedom and liberties fought by the first generation of many of today’s Americans. The Statue of Liberty is a national monument that is associated with Independence Day.

But what about being independent on a motorcycle

You can be as independent on a motorcycle as you can be. Many people feel more free on a motorcycle than they do in other vehicles or doing other activities. Below are just two examples of putting that rumbling engine between your legs and taking off. This will explain just how independent a motorcycle can be.

Women are Riding Motorcycles and being Independent is part of it.

Whether it’s for freedom, adventure, spiritual experience, confidence, independence, or community, women are taking to motorcycles with an increased voracity.

Three years ago, Debra Teplitz, 44, decided to silence the voice in her head that said, “Nice Jewish girls from the North Shore of Chicago don’t ride motorcycles.” Like so many women who are learning to ride in their 30s, 40s, 50s, and beyond, Teplitz has confronted personal challenges, societal stereotypes, and cultural expectations to embrace the freedom and independence of motorcycling. For many female riders, mastering a motorcycle has served as a catalyst for other long-awaited life changes. While their riding is at an all-time high, women on motorcycles are nothing new. We’ve been riding longer than we’ve been voting. Nonetheless, there are a lot more of us now. Women are one of the fastest growing demographics in the powersports industry. 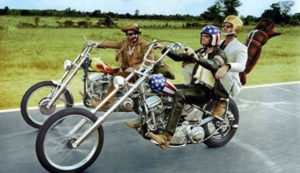 “Freedom” is such an overused word I sometimes question whether anyone really knows what it means. But I can’t think of a better one to use in describing the sense of self-sufficiency and independence that comes from the simple act of getting on a bike and twisting the throttle.

We live in a jittery world; there are so many demands for our attention. If you are a person in a relationship with kids, a family, a job, and ambitions, it may at times feel that everything you do is at the service of someone or something else; that every action you take is directed by something external.

On a motorcycle, it’s just your little head inside that helmet. You are in control of you, totally and completely. You feel the immediacy of your actions and decisions. The zen state pushes away anxiety about deadlines and bills to pay, and whether that girl at Starbucks was flirting when she told you to have a nice day.

It’s not selfishness, but simply the realization of the fullness of yourself. On a bike, you feel like a complete human being, not an insignificant part of something else. And with this knowledge you’ll find your interactions with your partner, kids, family, job, ambitions and so on, will improve.

Let AMERiders explain to you what Independence Day Means to Celebrate and Be Independent.