SWM Motorcycles is headed upmarket with a roster of V-twin engines in 350, 550, 850, and 1200cc displacements. The V-twins are a first for the Italian company, which has been building street and enduro-style singles with Husqvarna and Shineray engines, and we at AMERiders thought we would give you a sneak peak with some information.

For those unfamiliar with the marque, SWM was founded in Milan in 1971 by Piero Sironi and Fausto Vergani. The company built trials, enduro, and off-road machines using Sachs and Rotax engines. The original firm expired in 1984 and was reformed in 2014 with investment from the Chinese company Shineray and engines from Husqvarna. This new iteration was led by engineer Ampelio Macchi, who had worked with Cagiva, Aprilia, and Husqvarna. 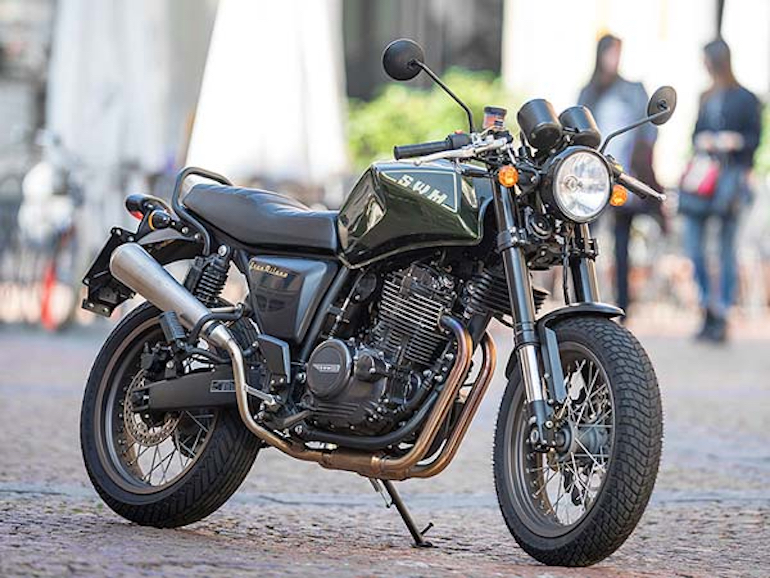 According to a report on DriveSpark.com, Shineray presented examples of the new V-twins at a recent event in China marking the company’s 20th anniversary. The prototypes shown wore both SWM and Shineray logos, and while no production schedule was announced, company officials said the engines would be available soon. Observers presumed that the 350 and 550cc engines would be the first in production, aimed primarily at the Indian and Asian markets. The photos indicate that all of the V-twin range will be liquid-cooled, DOHC engines. 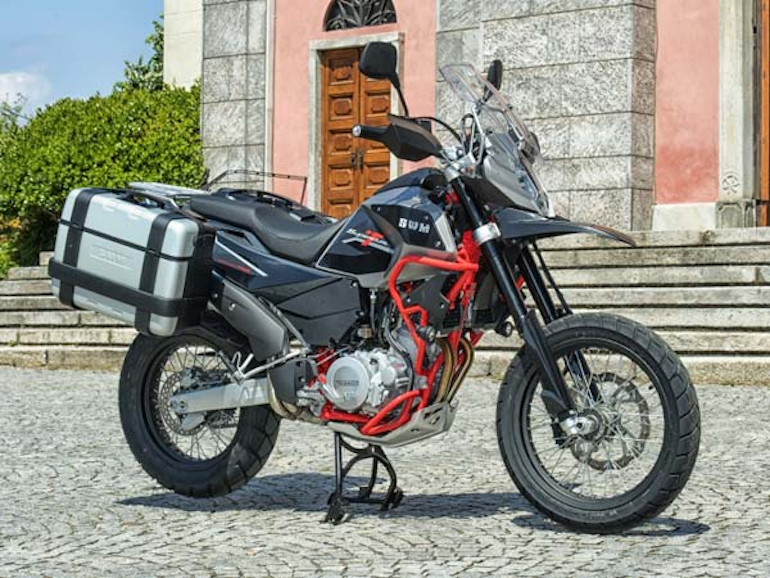 The report also noted that SWM has reached an agreement with Kinetic MotoRoyale, which brought the MV Agusta and the Norton brands to India, and will launch the SWM Superdual adventure motorcycle. The presumption is that this engine will be based on the 600cc Husqvarna design, although there has been speculation on the possibility of the smaller displacement V-twins being used in adventure models.

The 350/500cc market in India has been dominated for decades by Royal Enfield, but given the recent proliferation of interest by manufacturers from other countries, the picture may be changing.