This past Labour Day weekend, at the company’s 115th-anniversary celebration in Milwaukee, Harley-Davidson unveiled the production prototype of its first electric lady, the LiveWire. Since then, Harley fans and detractors have been eagerly awaiting more information about this all-new innovation from the all-American motorbike manufacturer. EICMA was set to be the platform for the model’s official debut and we were excited to learn more about the long-awaited e-bike. The press release did reveal more. Well, sort of. Mostly, it’s about the wording. We here at AMERiders are here to give you a bit of information on the pretty lady and even a sound clip too.

In a bid to spread their wings and expand their demographic, “Harley-Davidson intends to be the world leader in the electrification of motorcycles and is aggressively, but wisely, investing in electric vehicle technology.”  ‘Aggressive but wise.’ Let’s just leave that there, shall we?

The LiveWire will boast incredible torque—available immediately. Since there’s no clutch or gear-shifting, a simple twist of the throttle connects bike and rider with instant acceleration from the “permanent magnet electric motor” which is also purposely situated at a lower center of gravity to improve agile handling. Like, really low. 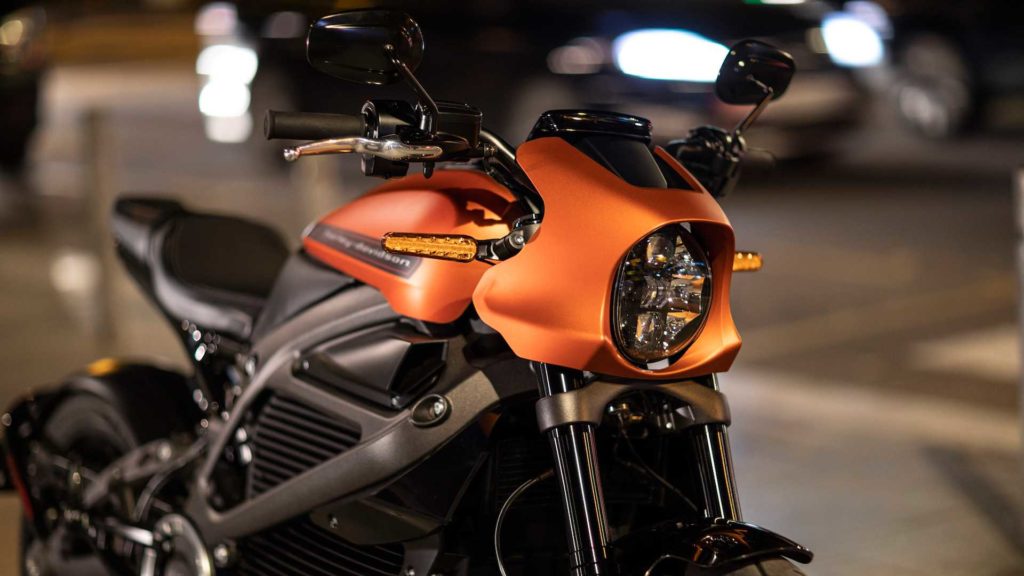 The stiffer chassis makes for a more responsive ride and the adjustable suspension will improve control. Add to that Brembo front brakes, ABS, traction control and some fancy tires for increased confidence.

If you’re thinking that the aforementioned “features” sound familiar, you’re right. So let’s move on.

Included on the “color touchscreen TFT (thin-film-transistor) display” are 7 selectable riding modes. Yup, you read that right: four stock, three custom. Someone will need to fill this writer in on how many different, identifiable riding situations require this much attention to detail. After all, we are still riding a Harley here.

In keeping with a strict tradition, Harley has made sure all eyes are drawn to the motor. “Its bright case and mechanical, the muscular shape is meant to convey the power it contains,” they brag. That said, it’s a good-looking machine and very different from its gas-consuming relatives. Much more café than a cruiser, this sporty little bike is clearly looking for attention from a different crowd. 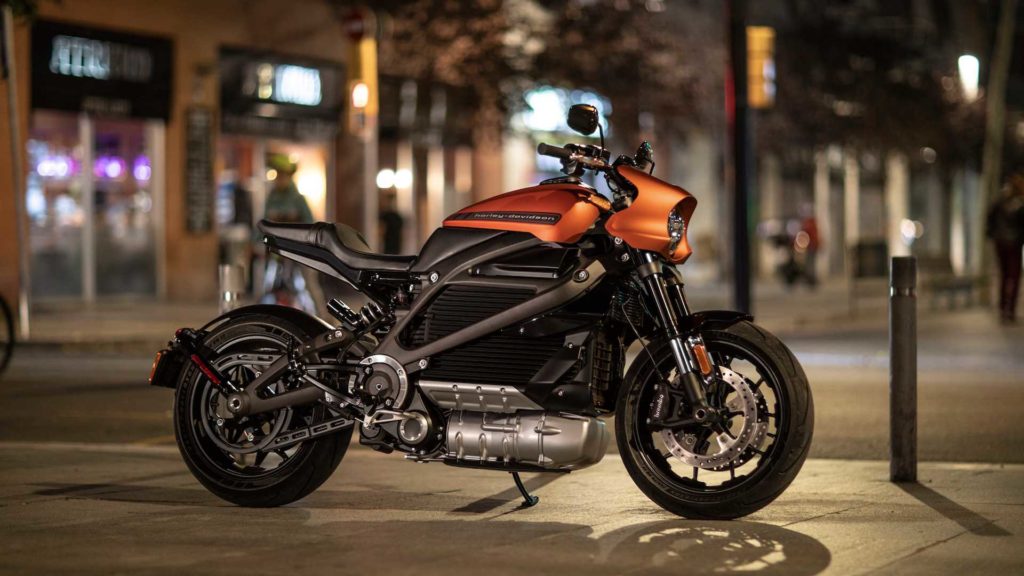 No word on how much the LiveWire will weigh nor how much weight it will lift from your wallet, though suspicions abound that they will both be high. Oh, and the sound? Rumor has it, that in 2015, the prototype model that was making the rounds sounded a bit like a jet engine. Harley words it differently: “The gear set between the motor and the drive belt has been designed to produce a tone that increases in pitch and volume with speed, producing an exciting aural response to speed and acceleration.” Again: “exciting aural response.”

They revealed a bit more at the EICMA motorcycle show in Milan, Italy. The bike on display at the show sports the same modern sporty design of the concept, with a trellis frame, mono-shock rear suspension and a low-slung electric motor painted silver to draw attention to it. Power and range still haven’t been announced, but the LiveWire will be compatible with Level 3 DC fast chargers, which should be able to recharge its battery pack in just a few minutes. 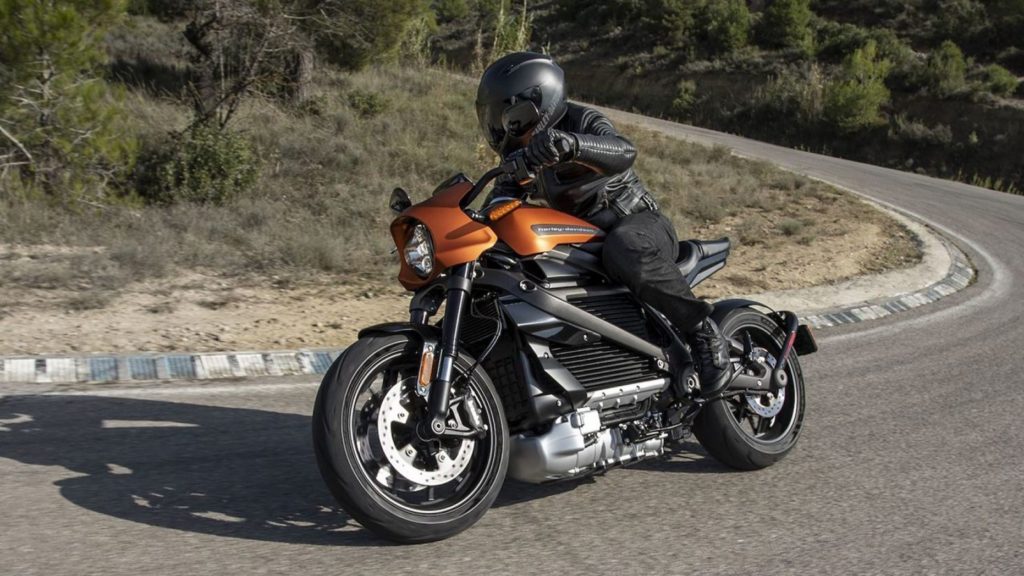 The bike rides on adjustable Showa shock absorbers and uses Brembo front brakes. It has a digital instrument cluster and seven drive modes to modify its performance, with four fixed settings and three that are customizable. Harley-Davidson did not detail what characteristics they affect, but the motorcycle does feature traction control and anti-lock brakes.

And while most electric vehicles strive to be as silent as possible, Harley-Davidson has reconfirmed that the belt-driven LiveWire will have a signature sound. It won’t be very loud, or the “potato-potato” that its famous twins are known for, but “a tone that increases in pitch and volume with speed.” Here’s a taste:

I am sorry but with the way it sounds, you know someone is gonna say… ” I want one in Tron Blue”

Full specifications and pricing for the LiveWire are expected to be announced in January. Harley-Davidson plans to follow it up with a line of smaller electric motorcycles.

Let AMERiders keep you up to date with information on Harley-Davidson’s Electric Lady the LiveWire.