We have gone over this before in a previous post but we thought it might be a good idea to reiterate it again about what Memorial Day actually is and what the day means. AMERiders observes Memorial day and takes time out of our busy schedules to honor our fallen brothers and sisters as well as those that are lost in action or that are and have been Prisoners of War is something we all need to do. As Motorcyclists, we often do this with Rides each year to Memorial walls and many other different activities. We would like to explain to you the meaning of Memorial Day and explain some of the things Bikers Do for This Day.

Remember: Memorial Day is way more than just BBQs, burgers, and beer, but that doesn’t mean we should feel guilty for joining friends and family for a great weekend. By all means, be with your loved ones, and raise a glass.

What is Memorial Day

Memorial Day started as an event to honor Union soldiers who had died during the American Civil War. It was inspired by the way people in the Southern states honored their dead. After World War I, it was extended to include all men and women who died in any war or military action.

It was originally known as Decoration Day. The current name for this day did not come into use until after World War II. Decoration Day and then Memorial Day used to be held on May 30, regardless of the day of the week, on which it fell. In 1968, the Uniform Holidays Bill was passed as part of a move to use federal holidays to create three-day weekends. This meant that that, from 1971, Memorial Day holiday has been officially observed on the last Monday in May. However, it took a longer period for all American states to recognize the new date.

What Do People Do?

It is traditional to fly the flag of the United States at half-staff from dawn until noon. Many people visit cemeteries and memorials, particularly to honor those who have died in military service. Many volunteers place an American flag on each grave in national cemeteries.

Now it has become less of an occasion of remembrance. Many people choose to hold picnics, sports events and family gatherings on this weekend. This day is traditionally seen as the start of the summer season for cultural events. For the fashion conscious, it is seen as acceptable to wear white clothing, particularly shoes from Memorial Day until Labor Day. However, fewer and fewer people follow this rule and many wear white clothing throughout the year. While there are towns and cities that still hold Memorial Day parades, many have not held a parade in decades. 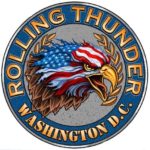 You will find that a lot of bikers take Memorial day very seriously and participate in rides to memorial walls and hold many different types of Memorial day events to help educate, raise money and more for different organizations that are affiliated with Memorial day. Such as Wreaths across America, Gold Star Mothers, Rolling Thunder (who have a large ride at the Pentagon each year) and many others.

They wear different items of clothing showing their support as well, most of these items they wear all year long as well. Some of these items are POW/MIA items similar to our Men’s POW/MIA Vest is made from top grade leather showing the unimaginable quality of workmanship of this garment. There is no comparison, this is a great addition to the riding lifestyle. Displaying the white POW logo on the front and back. It shows that you respect people who put their lives on the line for freedom. Everything with this vest just shows that it’s fitting, slim and comfortable. Giving you 2 inside pockets and 2 front pockets, you’ll have space to spare.

We all know that Memorial Day is a time to honor members of the military who have fallen in during service to the United States. Both Men and women throughout history have died on battlefields, making the ultimate sacrifice during combat operations in support of the mission, their allies, and their brothers and sisters in arms.

Let AMERiders help you remember what it Memorial Day Means.