AMERiders wants to Celebrate Our Military Veterans all weekend as well as say Happy Birthday to the United States Marine Corps today. Veterans Day is tomorrow, and as usual, we at AMERiders always send out a heartfelt personal thank you from the bottom of our hearts to all the Military Veterans for their service. We gave you a bit of background on Wednesday about Veterans Day. However, today is the birthday of the United States Marine Corps. 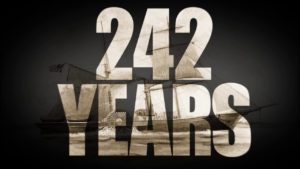 The United States Marine Corps celebrates its 242nd birthday on today. The day marks the anniversary of the approval of two Marine battalions to join the American Revolution, and today marks the occasion served as a “yearly reminder of the brave spirit that has compelled young men and women to defend our nation and its interests for more than two centuries,” according to Marines.com.

As of 2016, there are about 183,594 active members of the Marines serving. Their members are younger on average than the Air Force, Army, and Navy, according to the Marine Corps Community Services. Celebrate the day by thanking a Marine in your life for their service. (this information was found from a news station search)

On Military.com they had an article about the Marine corps birthday that explained information on what it meant to be a Marine Veteran on Veterans day you can read the article here but we have an excerpt for you below, written by Justin Sloan (USMC Veteran), Military.com

“Every year on Nov. 10, Marine Corps veterans receive emails, calls and Facebook messages wishing them a happy birthday. There are times throughout the year when we remember what it means to be a veteran when we honor our fallen comrades on Memorial Day or celebrate veterans on Veterans Day.

However, the Marine Corps birthday brings leathernecks back to a time surrounded by our brothers and sisters.
For me, it serves as more of a nostalgic day that reflects both Memorial Day and Veterans Day — it’s a time where Marines focus on their brothers in arms, remembering the good, and staring off into the distance as sorrow washes over them for all of their fellow Devil Dogs who gave their lives for our freedom.”

So if you are telling wishing any Marines you know Happy Birthday today don’t forget to thank them for their service as well if they are a Military Veterans.

Veterans Day and things not to say to Service Members or Veterans. 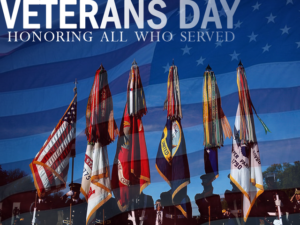 Early November is a magical time of year. The Halloween decorations are finally starting to be put away and cardboard cutouts of turkeys in Pilgrim hats are taking their place. People begin to stop enjoying the number of unseasonably warm days and start worrying about how hard winter’s going to hit when it finally does.

It also marks the time of a very special holiday, one that typically involves a great deal of drinking, loud hooting, and fistfights. But one day after the Marine Corps birthday (Happy 242th, Devil Dogs!) comes Veterans Day, an important and much more dignified day of remembrance. All across America, parades and ceremonies are held to honor those who have served in the armed forces. It puts veterans and the military as a whole in the limelight and gives people, particularly those who may not interact with our kind as regularly as others, the opportunity to express their gratitude. It also gives them a chance to say or ask stuff that just annoys the hell out of Military Veterans. Here are some winners that are most irritating and should be avoided.

“I was going to/could have joined the military, but…”

“Did you know there’s a parade? You should go to the parade.”

Yes. Believe it or not, Military Veterans do know that there is a parade going on. The ones who want to be there are already there. The ones who want to get a sandwich or read a book or something in peace are not. And the ones who have to work that day can’t do a damn thing about it. Leave them alone and you go to the parade.

“You know, Veterans Day used to be Armistice Day, celebrating when all the guns of World War I went silent at 11 am on November 11th, 1918. I think that’s way more meaningful to celebrate than Veteran’s Day.”

Good for you, you can paraphrase Kurt Vonnegut, but since he’s (unfortunately) dead, I’ll have to ask you this question: why? What makes that war more special than the Second World War, or the soldiers who suffered through it more worthy of a day honoring them than those who lived through Vietnam or Iraq? What’s so wrong with honoring all Military Veterans together? The World War I vets certainly didn’t complain when Armistice Day became Veterans Day in 1954. So why does it bug you now? Obviously, you’re entitled to your opinion, just as veterans are entitled to finding it annoying. And they definitely don’t want to hear about it on Veterans Day.

There are exceedingly more

Come on people think before you speak to someone… as mom used to say don’t let your mouth overload your brain. Least that is what mine used to say. Thank our Military Veterans for their service and for the sacrifice they made, and also as our parents also said. If you can’t say anything nice. don’t say anything at all. It might hurt someone’s feelings. Today and Tommorrow is their day let them have a special one for once.

AMERiders Wishes the US Marine Corps Happy Birthday and Thanks our Military Veterans for their service.