As promised here is AMERiders continuance of our Big Guide Motorcycle Categories, and it is with a heavy heart that we say goodbye to the legend that is The “Bandit” Burt Reynolds.

How will that Coors ever get to Atlanta now?

I am going to start off by saying let’s have a moment of silence for one of the greats. Burt Reynolds…… Most known for his role as Bo “Bandit” Darville in Smokey and the Bandit. He was the smiling, extremely charismatic star of such films as Deliverance, Boogie Nights, and The Last Movie Star.

While he won truckloads of well-deserved awards for his dramatic acting chops in those films, gearheads and grease monkeys all over the world love him for his comedic roles as Bo “Bandit” Darville in Smokey and the Bandit and as JJ McClure in The Cannonball Run.

While he had his ups and downs—Academy Awards and ugly divorces, even a stint on television during a particularly rocky time in the 90s—Reynolds remained a busy actor throughout his career. He was even the highest-grossing actor in Hollywood for a five-year stint in the late-70s/early-80s. His last film—2017’s aptly named The Last Movie Star directed by Adam Rifkin—was another dramatic role in which Reynolds played an aging actor coming to terms with his fading star power. Pretty prescient. 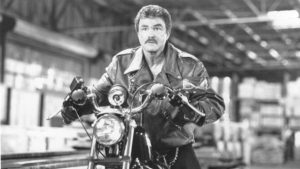 So, what does Burt Reynolds have to do with motorcycles and motorcycling? Not much, really. He starred in a couple films where his character rode, including the execrable Cop and a Half, and he owned some Harleys on and off, but he wasn’t known as a big motorcycle guy like, say, Steve McQueen.Is there a reason to post him as a tie to motorcycles?  Not really. He was a hell of an actor and a cool guy and he made a lot of movies that I—and millions of gearheads like me—love dearly. Motorcycle-related or not, that is enough for me.

So rest in peace, Bandit. We’ll never see the likes of you again.

Now let’s get back to our guide

Off-Road Guide of our Motorcycle Categories

Want to get dirty? Want to explore places that are off the beaten path? If that’s you, you need an off-road bike. Some of these machines—enduros and supermotos especially—can easily be converted to street-legal use. Most, however, are purpose-built bikes designed for specific uses—climbing up walls, say, or jumping over huge dirt berms. So now we explore the dirty side of our Bike Guide Motorcycle Categories.

Enduros are beefed up dirt bikes designed for riding cross-country over long distances. Designed to race in timed, off-road endurance races, enduros are built to take a pounding. They tend to have big fuel tanks, stout suspensions, sturdy frames, and bulletproof drivetrains, and all manner of protective gear to keep them running while out in the back of beyond.

Who rides enduros? Masochists, amateur and professional endurance racers, high-speed low-drag operators, and anyone who wants to take a nice, leisurely ride from, say, Paris to Dakar.

Motocross bikes are probably the most common kind of dirt bike. Chances are you have one in your garage or barn right now, and if you don’t you probably will soon enough. Designed to run through arduous, off-road obstacle courses as fast as possible while not shaking themselves into a million pieces, motocrossers are simple and lightweight machines with lots of suspension travel and powerful, well-built drivetrains.

Each of the Big Four—Honda, Yamaha, Kawasaki, Suzuki—builds motocrossers, and there are still old soldiers from Bultaco, Greeves, and ton of other old-school marques kicking around. There are even electric motocrossers nowadays built by companies like Alta Motors. Who rides Motocross Bikes? Freestylers, stunts, kids, old guys, and anyone who likes to play in the dirt.

Along with enduros, supermoto bikes are the off-road bikes most commonly converted to street use. Like most things that are good and beautiful—OG Japanese superbikes, Yamaha’s XS-series triples, Saturday Night Live, New Hollywood, Star Wars, Serpico, our Managing Editor Jason—supermotos were born in the 70s. Well, supermoto racing was at any rate.

At the time, bikes used in supermoto were simply two-stroke open class motocrossers or enduros converted to race on supermoto’s three types of track—tarmac, hard-packed dirt, and motocross tracks. It wasn’t until the 90s—with the release of Gilera’s Nordwest, the first OEM produced supermoto—that actually dedicated supermoto bikes were built. Modern supermotos are primarily four-stroke machines with smallish wheels, stiff suspensions, and are equally at home on the dirt as on the street. Who rides supermotos? Racers, people who want the capability of an enduro but don’t want to tour, and anyone who needs a versatile, go anywhere, do anything kind of bike.

The difference between motocross bikes and trail bikes is academic at best. The look the same and do many of the same things, but have a number of small differences under the hood, as it were. Trail bikes tend to be heavier than motocrossers, with torquier engines, shorter gearing, and softer suspension.

Some even have amenities like headlights, kickstands, and skid plates, things you’d never see on a motocrosser. Instead of screaming at redline through a bunch of obstacles, trail bikes are designed to tackle difficult, technically-challenging backcountry trails full of twists, turns, hills, dips, and natural obstacles like trees, rocks, and bears. Who rides trail bikes? Backcountry explorers, adventurers, the occasional zombie hunter, and people who want a motocrosser but prefer something a little lower-strung.

Trials bikes are super lightweight, stripped-down, no-frills small-displacement bikes with no seats and short suspensions. They were designed to be ridden—which is a strong word to use here since you “ride” a trials bike standing up which is why they have no seats—in motorcycle trials competitions.

Motorcycle trials are competitions in which riders must navigate ridiculously hard obstacle courses without touching the ground with their feet. That kind of thing requires excellent balance, fine throttle control, and a certain amount of oneness with your machine. Who rides trials bikes? Trials competitors mostly, no one else is crazy enough.

Step-Throughs and Minibikes Guide of our Motorcycle Categories

Step-throughs and minibikes are an odd bunch, a combination of scooters, tiny little pit bikes, bicycle hybrids, and anything else with two wheels and an engine that doesn’t fall into another category.

These machines are primarily used for commuting, short-range riding, and simple utility work like running errands or moving around campgrounds, racing pits, and bike festivals with ease.

And there you have it our Bike Guide to Motorcycle Categories.