When Spring and Summer arrive in the Northern Hemisphere, two-wheeled folk come out in droves. Many of those hitting the roads will be novices and the experiences they accumulate will help determine whether motorcycling is a passing fancy or a lifetime obsession. Here at AMERiders, of course, we’re hoping you’ll stick with it. Motorcycling will change your life.

If you’re just starting out it can be hard to imagine what sort of things are coming your way, so, to give you some encouragement, we’ve put together a quick list of things that motorcycling has taught us over the years.

1 – Having a kid wave at you is awesome.

In the eyes of a child, you’re a person on a loud bicycle wearing a costume. And that’s generally the sort of thing that kids can support; they get where you’re coming from and see a kindred spirit. But at the same time, they look up to you because you are representing the sort of thing they want to grow up to be. Own it. 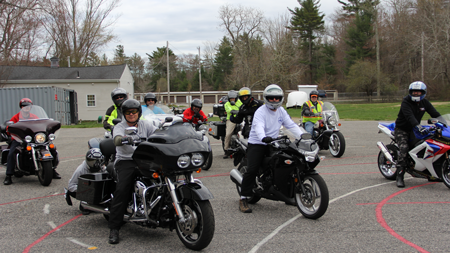 All that dumb stuff you had to do in your MSF or rider training course? The U-turns and emergency stops and figure 8s? Yeah, don’t stop doing that. Every once in awhile, find an empty parking lot and dedicate a little time to remembering the basics – especially if it’s been more than a few weeks since you were last in the saddle. Yeah, it feels silly, but it feels less silly than dropping your bike at a stop light because you’ve forgotten how to control it properly.

3 – Dropping your bike is a thing that happens. 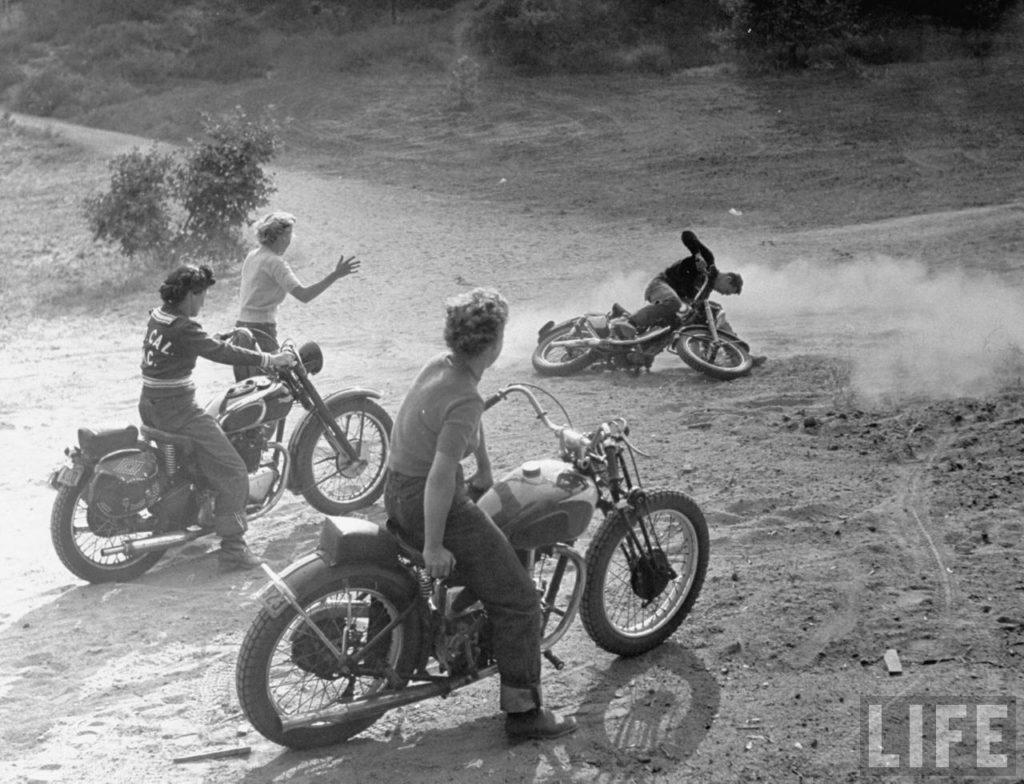 Having just said that maintaining your skills will help you avoid dumb mistakes, it’s pretty likely that at some point that precious machine of yours is still going down. Like death and taxes, it happens to everyone. Fate usually arranges it that you will drop your bike in front of a large group of people. The good news is that after they finish laughing at you, other motorcyclists will quietly sympathize with your plight.

There’s an old adage that there are only two kinds of riders: those who have crashed, and those who will. I dislike the fatalistic cynicism inherent in that line of thinking but will admit that I have personally failed to disprove its veracity. Bad stuff happens, and sometimes that bad stuff involves your sliding down the road. I don’t think it’s one of those inevitabilities you should just accept with open arms, like Jax Teller meandering into the path of an oncoming truck – indeed, I encourage you to do what you can to prove the old adage wrong – but it’s probably a good idea to dress for a worst-case scenario.  (we’ll go into crashing at a future blog) 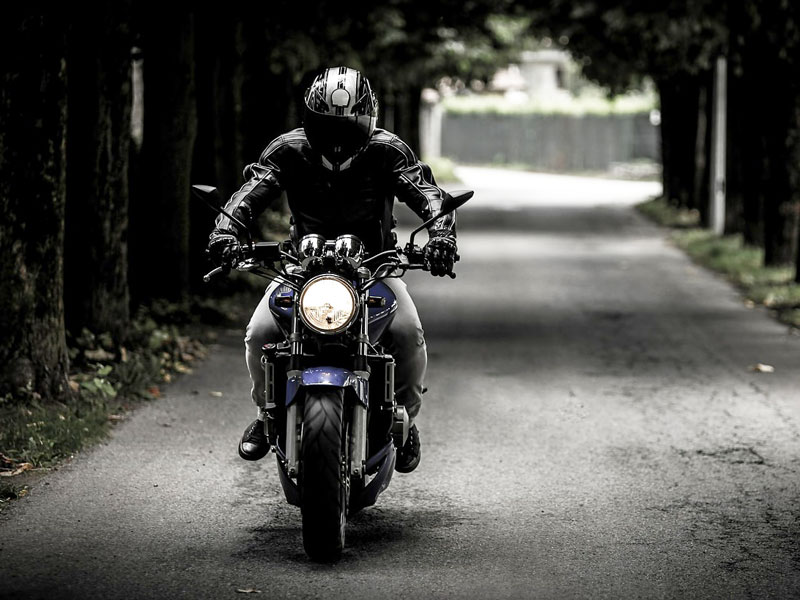 This stuff about bike dropping and crashing is an acknowledgment that, like all facets of life, motorcycling has its negatives. Sometimes those negatives are caused by other road users, i.e., car drivers. Early on in your riding career, the actions of car drivers will cause you interminable rage, but eventually, you’ll come to realize that kicking doors only hurts your foot and makes you the bad guy. You’ll accept that it’s better to simply acknowledge and move on, rather than chase someone down to tell them how wrong they are, regardless of how right you are. Admittedly though, even as an experienced rider, you’ll have your bad days; it’s something you’ll have to always be working on.

As an offshoot of the whole “finding your zen” thing, you’ll find that the vast majority of the people with whom you share this planet are actually OK. Truth is: despite safety “advice” urging you to think otherwise, no one is really out to get you. Yes, there will be bad moments, but there will also be far more of the aforementioned kids who wave, the folks who roll down their windows to chat at stoplights, the drivers who move out of the way to let you pass, and so on.

7 – Baby wipes are your friend.

You’ll pick up a lot of life hacks as a motorcyclist: using baby wipes to clean just about everything – your helmet, your gear, yourself – is just one of them. Others include wrapping yourself in the newspaper for warmth and using plastic shopping bags to help you put on waterproofs easier. With each little trick that you pick up or develop, you will feel more and more like a life-winning genius.

Learn the value of taking breaks. Even if you don’t think you’re tired you should regularly stop, turn off the bike, and have a coffee; listen to the world for a few minutes. When you get back on the road you’ll be surprised at how much more focused you are.

9 – You are the captain of your soul.

Invictus, man; you are the master of your fate. In other words, it’s just you on that bike and it’s OK to ride your own ride. This can be a hard truth to hold on to if you happen to be among a pack of really good riders, feeling as if you’re slowing them down. But you’ll definitely spoil the atmosphere if you end up sailing into a ravine. And eventually, people will respect you for your ability to be true to yourself. The most seasoned, most knowledgeable, most genuine, most likable riders I’ve met are folks who will not be pushed. This self-confidence stays with them off the bike, as well.

Tires need to warm up. That’s not just mumbo-jumbo that old dudes tell you. Be alert to the fact that in the first several minutes of Motorcycling, its tires may not be ready to handle the full brunt of your enthusiasm. 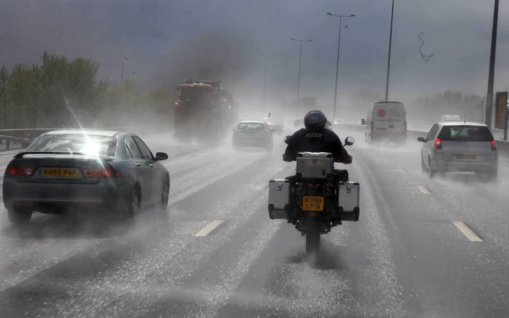 As the Blue Oyster Cult so sagely pointed out 40 years ago: “History shows again and again how nature points out the folly of men.” In their case, they were talking about the possibility of being attacked by a skyscraper-sized lizard, but the statement equally applies to the likelihood of encountering precipitation while out on a ride. Sometimes, regardless of what the weather forecast said, you will get caught in a downpour. More broadly, inclement weather of all types will disrupt your plans. Each of us deals with this reality in a different way; some soldier on regardless, some insist upon carrying the most expensive of high-tech gear (Save me, Rukka Jesus!), some take it as an opportunity to spend a little more time savoring that cup of coffee and flirting with a barista. The key is to accept that, like dropping your bike, it’s inevitable.

12 – You don’t need nearly as much stuff as you think you need.

You pick this one up by traveling on a bike. It’s a mindset that comes after several trips, with the size and weight of your bags growing less and less with each consecutive adventure. Make enough long-distance journeys and you’ll discover that all you really need fits into a single Sissybar Bag. The best part is that this decluttered mindset will also make its way into your non-riding life, and you’ll be much better off as a result (“Hey, I think I can get rid of this T-shirt that my ninth grade girlfriend gave me…”).

As a motorcyclist, you’ll frequently be happy to use the flimsiest of excuses to get out and ride. Need milk? Better pop to the grocery store… in the next town. And as a result of this, you’ll get to know your town/city/county better than most. You’ll know the best place to get ice cream, the most attractive houses, the most scenic views, the curviest roads, and so on. Over time – sometimes, as in my case, in spite of yourself – you’ll develop a fondness for your little part of the world and start to realize that you’re pretty happy there.

Motorcycling burns a nominal amount of additional calories over driving a car, which suggests that you shouldn’t really be that much more hungry after a long ride. Yet, you will be. This is why so many long-time riders have such adequate belly insulation. Partially what’s in play here is the “campout effect,” where being outdoors and doing something you enjoy makes food taste so much better. 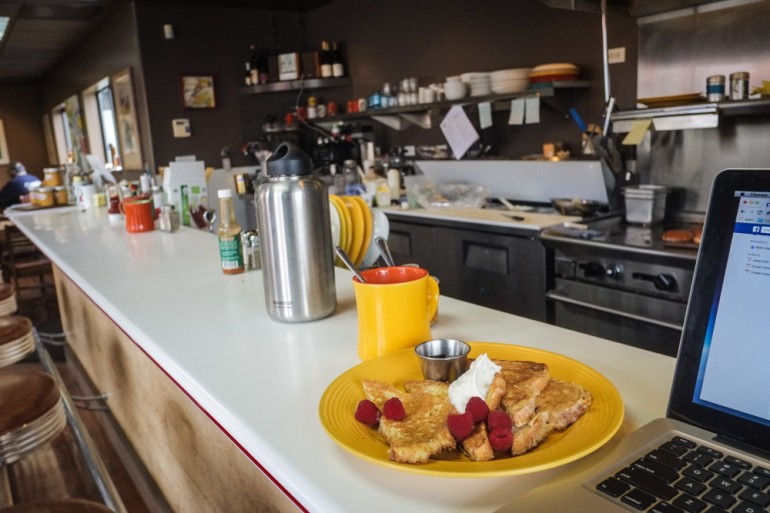 15 – Everything is an adventure.

There seem to be a lot of people these days Motorcycling to faraway exotic locations. Those stories are awesome and inspiring but some folks may feel a pang of envy when reading such tales, feeling that their own lives don’t measure up. I mean, yeesh, you’re just some guy in Nebraska, right? But while it’s true that you’re unlikely to end up spending a week living in some family’s garage as the result of a broken chain in Bingham it doesn’t mean you should resign yourself to a life of drudgery. Viewing the world from two wheels makes it far more exciting and gives you a greater sense of freedom to explore and interact with the world around you. Truth is: there’s adventure to be had every time you fire up the engine.
~And as always…

Let AMERiders show you that Motorcycling Can Teach You Some Awesome Things.