Hoot, Holler, and Yell, Let us hear your Rebel Yell! AMERiders loves hearing our brothers and sisters hoot and holler. Since this is National Rebel Month we decided to find out the exact background and maybe what the original Rebel Yell sounded like.

The background of the Rebel Yell

Confederate soldiers fighting Union troops during the American Civil War were often outnumbered and outgunned, but rarely without options. One unconventional weapon at their disposal was an intimidating battle cry known as the Rebel Yell. The actual sound of the cry is still a matter of dispute, but its effect on the morale of Union troops who heard it is said to be indisputable. Even the most seasoned Union officers were known to make an impromptu retreat at the sound of a Rebel Yell.

The origin of the Rebel Yell battle cry is not entirely clear, but several theories have been developed over the years. Some historians believe the cry was inspired by sympathetic Native American warriors who supported the Confederate cause. Indian warriors often let out a loud war cry as they approached an enemy, possibly to create confusion or intimidation. It is possible Confederate rebels adopted this practice in order to create the impression of a much larger invasion force.

The Rebel Yell has also been called the “pibroch of the Confederacy,” which may offer a clue to its historical origin. Pibroch is an ancient Celtic word which translates to “song” in English. At the time of the American Civil War, the South was largely populated by descendants of Scottish and Irish clans, both of which preserved their Celtic origins. Celtic warriors who confronted the Roman army were known to wear nothing but blue body paint and employ a fierce, high-pitched battle cry.

Because very few authenticated descriptions of the real Rebel Yell exist, many legends have grown up around the facts. Some sources claim the battle cry was so incredibly intimidating that Union soldiers who heard it would immediately throw down their weapons and retreat to safety. Others suggest that certain Confederate regiments were especially good at delivering a convincing Yell, so they were often deployed as advance troops before a major engagement.

There are a few recordings of surviving Confederate soldiers delivering what they say was the authentic Rebel Yell, although many historians believe there were regional variants. These recordings reveal a battle cry very similar to the Native American war whoop, with a high-pitched three toned “hi EEE’ ya!”, not the cowboy-inspired “YEE HAW!” often heard in movies set during the Civil War.

Whatever the real Rebel Yell sounded like, it was apparently powerful enough to send chills down the spines of veteran Union commanders.

We searched the net and found a youtube video where someone explains what it sounds like here is that video.S

Show off your Rebel Yell with our great items 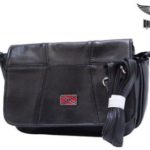 Don’t forget that we have some great items that you can show your rebel pride with. Ladies our Bag With Rebel Flag is a great way to keep up with your important items while on a ride. Our leather “Ride or Biker Purse” features sturdy hooks to attach to your belt loops so that you don’t lose items like your wallet, keys and more. What’s more is that it has plenty of space to hold everything you may need when riding.

Let’s face it we all know that a regular handbag is not efficient when taking a ride with your man, straps get in the way and fannypacks are just not flattering. This is the solution!

Have a spot on your vest you need to cover try our “Rebel” patch with Confederate flag that measures 1.5″ x 4.5″ a must have for any rebel bikers vest.

Plus don’t forget that if you need a bit extra room for your vest you can always add one of Our Rebel Flag On Leather Vest Extender is a great way to help extend the size of your vest while also showing your support for the Confederacy or general rebellion. This extender is a leather with the Rebel Flag Design on it. Attach it to your vest with snaps.~And as always….