Back in June, we here at AMERiders gave you information on the Royal Enfield Flying Flea. This article is about another World War II-inspired motorcycle announcement that Royal Enfield made that it was releasing a super limited edition version of the Bullet called the Pegasus 500. Only 1,000 units of this motorcycle have been produced. For North America, you might think. Nope, for the entire world! 250 of these units have already been sold… in under 3 minutes.

178 seconds—or 2 minutes and 58 seconds—that’s the time it took for all 250 Pegasus opened up for the Indian market to find a home. That’s faster than eating a sandwich or taking a shower. Understandably, the flash sale set a new record. The expression “You snooze, you lose” has never had a more accurate meaning.

“The sale for Pegasus motorcycles has shown the tremendous aspiration to own brand Royal Enfield once again,” said Enfield’s president Rudratej Singh. “Beyond all expectations, the sale of 250 limited edition Pegasus motorcycles was concluded online in a record time of only 178 seconds! I congratulate all the customers who are now proud owners of the Classic Pegasus limited edition motorcycle and thank them for their support and patronage.” 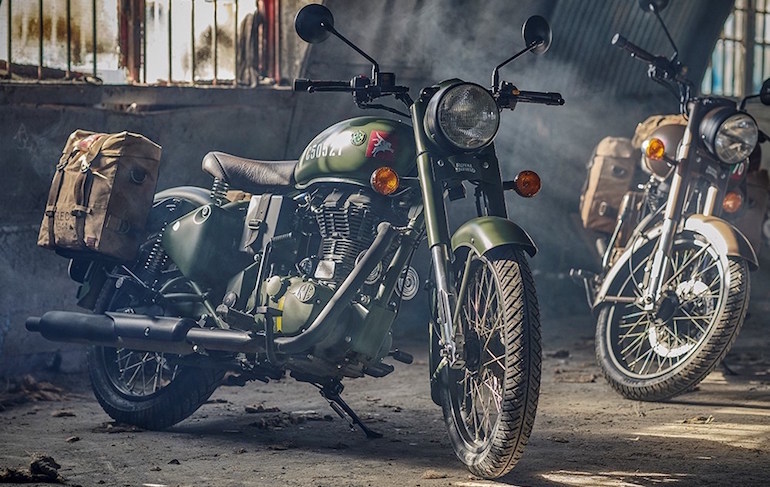 The Pegasus is an homage to the British Army’s Flying Flea and has been designed in close collaboration with the Parachute Regiment. The frozen-in-time company is playing up its vintage aesthetics hard and it’s working.

Here are a few interesting facts.

The Royal Enfield Classic 500 Pegasus Edition has been built in official association with the British Army’s Parachute Regiment. The Pegasus recreates some of the aesthetic elements from original motorcycles of the era with the special service brown color scheme, blacked out components, Pegasus emblem on the fuel tank with stenciled numbering and the period correct RE brand logo. You also get military-style canvas panniers, brown handlebar grips, and a blacked out exhaust muffler as part of the changes.

Power on the Pegasus Edition comes from the stock 499 cc single-cylinder, fuel-injected engine tuned to produce 27.2 bhp and 41.3 Nm of peak torque, mated with a 5-speed gearbox. While the Pegasus edition is certainly exclusive and will be a rare sight on the roads, the standard Classic 500 is very much on sale and can be bought via any of the Royal Enfield dealerships across the country.

The remaining 750 Pegasus units will be sold in North America, Australia, and in the UK—we can assume we’ll each get an equal share. How fast will these coveted 500s go in the US? Think we can sell faster?

Let AMERiders keep you up to date with information on the Royal Enfield Pegasus 500.