Ever miss a gear while shifting? In front of your friends at the pub? You’re pulling away, engine screaming for mercy, and your bike turns into a 1,000 pounds of dead weight? We’ve all been there. What if your bike was always in the right gear, the engine pulling at its ideal rpm, showing off your excellent riding skill?  Bikes with automatic transmissions are not exactly new, but you don’t see them very often. Today AMERiders take a closer look at motorcycle automatics and see if maybe we can’t clear up some misunderstandings about the self-shifting motorcycle.

First off, let’s kill off probably the biggest stereotype about automatics – Automatics are for beginners, the mechanically inept, and dullards. The first Self-Shifting Motorcycle known is the Rudge “Multi”, a contraption built in 1913 specifically to catch up with Indian. See, Indian had just crushed everybody at the 1911 Isle of Man TT races. What was supposed to be a showcase of British technology was blown into the weeds by the revolutionary manually-shifted, two-speed Indian. For example, it could climb mount Snaefell in “low” gear with ease while everyone else had to stop, get out the tools, and change pulleys. Single speed bikes were officially dead. 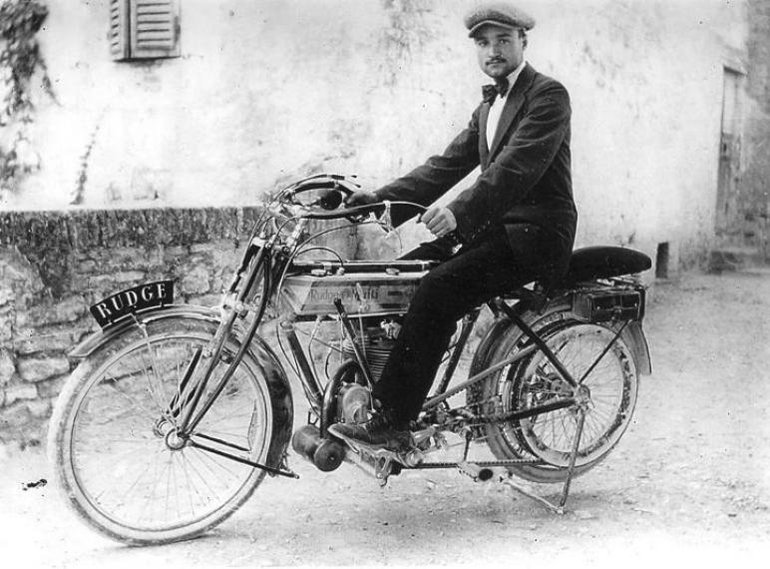 Instead of physical gears, the Rudge Multi used an adjustable or variable pulley on the engine that was operated with a hand crank. Cranking the pulley halves close together pushed the drive belt outward, which increased the diameter of the space where the belt ran and acted like a second gear. Cranking the pulley sides apart allowed the belt to ride farther down in “first gear”. Remember Pi times the radius squared? That’s the idea. The system worked but was hampered by problems with the existing leather belts. The manually shifted gearbox pioneered by Indian soon dominated the industry, and countless motorcyclists cursed as they missed shifts pulling out of the pub.

The variable pulley concept got a second chance decades later with the WellBike. The Wellbike was a tiny folding motorcycle inside a box that was supposed to drop out of airplanes along with British paratroopers during WWII. The idea was that the paratroopers would land near these mini motos, unbox them, unfold them, and race to the battlefield. Fortunately, or unfortunately depending on who you ask, World War II ended before many could be tested. Mechanically, WellBikes had one revolutionary feature – two adjustable pulleys instead of the Rudge’s one. The first pulley acted as a clutch, and the second pulley changed gear ratio according to RPM. Today we call it a Continuously Variable Transmission, an invention that gave us the Vespa, the snowmobile, and mopeds. Even some cool cars, like the MINI and the Fiat 500, use a CVT because they are efficient, light, and inexpensive. Today’s CVT’s use electronics to control gear ratio, engine load, and fuel economy instead of physical means. The driver controls the throttle, that’s all. Magic. 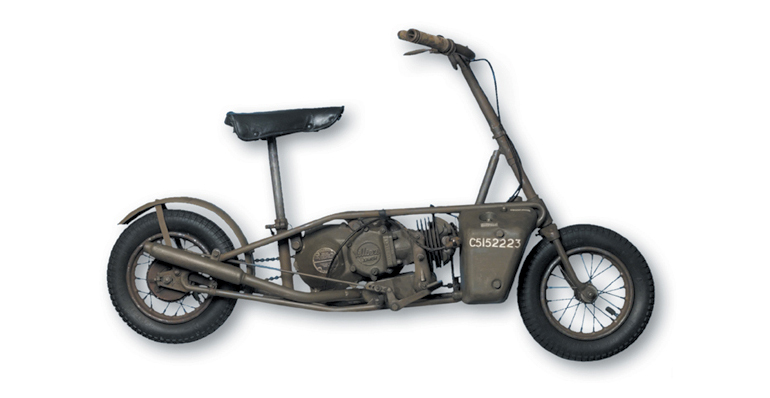 So why didn’t motorcycle CVT’s catch on? Well, two reasons. First, motorcycle engines are necessarily compact and there is really no room for a CVT. Open the hood of a snowmobile and see for yourself how large a 50 to 100 horsepower rated CVT belt drive must be. The Ridleycompany has managed to squeeze a CVT into its big Harley-Davidson based bikes, but any other motorcycle is simply too crowded. 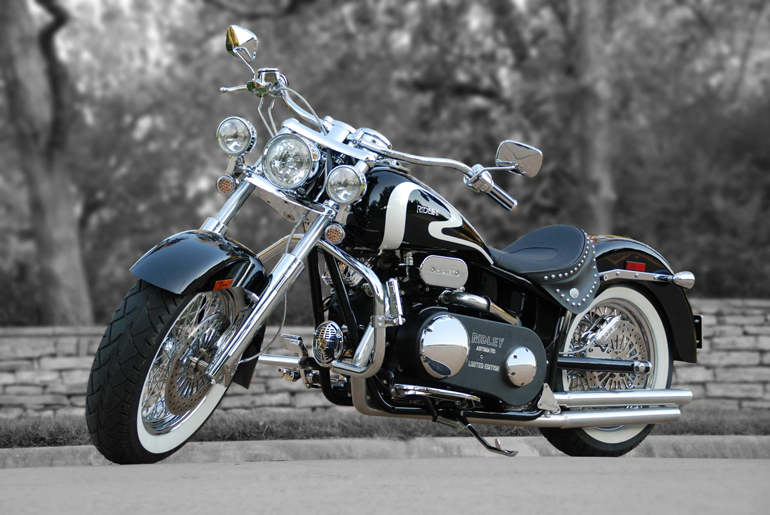 Second reason? Simple bias. Honda pioneered hydraulic or “beltless” automatic bikes back in the 70s with the 400cc and 750cc “Hondamatics”. But they were too late. The big wave of first-time riders had peaked, everybody knew how to shift, and automatics were stereotyped as bikes for the hopeless, duffers, and those with no skill.

The motorcycling world is different these days, and the popularity of automatic bikes is slowly on the rise. Honda’s CTX700 DCT, for example, is an automatic clutch motorcycle with an electronically shifted, but otherwise ordinary, six-speed gearbox. There is no belt, no torque converter, just a pair of computer controlled clutches. There are three rider modes and a manual mode if you wish to shift yourself.

This technology comes from professional drag racers, where it’s been in use for a while now. Miss a shift on a pro drag bike and you just signed a check for 20 grand. Serious drag racers know that solenoids can shift faster than a human and they never miss, which is important when you are racing against hundredths of a second. While the CTX is certainly not a sportbike, there’s no reason why this technology couldn’t be installed on a CBR. In fact, track days could get a lot more interesting if riders didn’t need to worry about missing a shift or barreling into a corner in the wrong gear with a Self-Shifting Motorcycle.

For beginners, hopping onto a motorcycle is plenty intimidating. For a person who has never engaged a clutch, a bike’s manual gearbox is often a deal breaker. This means that a non-zero number of potential riders are missing all the fun. Some experienced riders may scoff, but a lot of similar technology has already trickled down in the form of slipper clutches, wheelie control, and rain mode. These are all just variations on the idea of controlling how power is connected to the road. Serious sports cars now come with automatics and no apology. Self-Shifting Motorcycle will be next.

Let AMERiders keep you up to date on The Self-Shifting Motorcycle – An Automatic for the People.