Winter Storage, Santa Claus, and a Bike in the Water this Holiday sounds like a bad title for a book but that is what AMERiders is bringing you today. Information about Storing your bike for winter, Santa Claus on wheels, and You guessed it a Bike found in the water all things that are happening or have happened so far this holiday season.

First up Winter Storage and what to do

We all know that a big part of getting ready for the holiday season is Winter preparation, and it is a highly contentious subject, almost as much as what kind of oil you should use. We’ve written about this before, and we may contradict much of this advice, mostly because we are lazy and this is what we do for our own bikes.

Most of us are fortunate enough to have big garages with room for all of our bikes and cars. This takes care of keeping the bikes out of the weather and the worst of the cold. To us, the most important thing to do is add fuel stabilizer such as Sta-Bil to the gas tank, especially on bikes with carburetors. Modern gas is full of ethanol (unless you’re lucky enough to find ethanol-free where you live), which breaks down and gunks up all those little jets and ports. Standard Sta-Bil is fine, but we like the marine grade because it’s even better at soaking up moisture in the tank. It’s cheap enough that we’d recommend using it on fuel injected bikes as well, just to be safe. Otherwise, come spring, your bike may run poorly and you’ll find yourself cleaning or replacing parts instead of enjoying those first warm days on the road.

That’s all we do. Most of us also plug our bikes into a battery tender, which keeps the bike charged up through the winter months. If you have power in your garage this is smart to do, and battery tenders are cheap. You might also consider disconnecting the battery to avoid any chance of the bike slowly draining it over the winter.

If you don’t have an indoor place to park your bike, definitely remove the battery and take it inside. Cold kills batteries. Some garages aren’t heated like mine isn’t like ours so we use a battery tender. If the bike is outside and suffers the full wrath of winter, bring the battery inside or else you’ll be buying a new one in the spring. You can use a tender with the battery out of the bike if you want to.

You’ll want to cover the bike as well. Cheap bike covers will self-destruct under the weight of snow, even if you clear it off as soon as the storm is over, so buy a good one. You can also use a tarp, but it may flap in the wind and damage your paint. Either way, make sure what you use to cover your bike is tightly secured and doesn’t flap.

Some recommend overinflating your tires or putting the bike on a stand to avoid flat spots. There’s nothing wrong with this, but we’ve never had a problem. Similarly, some say to change your oil at the beginning and end of winter.

As we said this is only what we do, and don’t do. We don’t claim this to be “The One Right Way” to prepare your bike for winter. It’s just what works for some of us.

There’s a new bearded crusader in town and his name’s Claus. Santa Claus.

Like most adults nowadays, you probably don’t believe in Santa Claus anymore, but this holiday video could be about to change that. In what could only be described as footage worthy of a Holiday-themed Fast and Furious, we discover the good deeds of an anonymous French Santa Claus on two wheels who made sure a hit-and-run perpetrator landed on his naughty list. The ending is a healthy dose of karma and milk.

The video begins as the jolly rider clad in Santa Claus attire hits the streets with what seems to be the sole mission of spreading the Holiday cheers. Turns out his cookie run is about to become a whole lot more exciting. As he makes a right at an intersection, the camera mounted to his helmet captures a small black Renault hatchback apparently running a red light, and hitting a pedestrian crossing the street. Instead of stopping as etiquette and even law states, the driver carries on.

Except, nobody’s serving hit-and-runs on Santa’s watch. Without a second thought, the festive crusader follows the driver and catches up to him, trying to bar his way with his bike to get him to stop, as he should. Turns out the driver is having none of it. He drives around the rider and follows traffic as nothing happened.

Follows a slow-speed chase in the streets of the French town—traffic keeps the pace down—in which Riding Santa tries to get the driver to stop. The rider finally spots two officers on motorcycles and swiftly exposes the situation to one of them, identifying the culprit. The latter tries to make a run for it, but dense traffic halts his run. The officers easily catch up to him and proceed to arrest the perpetrator with the full guns and shackles.

You would think that were your bike going missing, it’s the kind of thing you would notice, right? Especially when the bike is a red, $22,000 Harley-Davidson Road Glide. There’s a sad owner out there who’s short 20 grand and doesn’t have a bike to show for it because the police just pulled a Road Glide out of a canal and it’s the weirdest thing you’ll see today.

While a few mob jokes come to mind looking at this story, the circumstances of this story are actually bizarre. The police in Gulf Shores, Alabama found a sunken vessel in the Intercoastal Canal except this one isn’t a Spanish galleon filled with lost treasures—unless the rig itself is considered the treasure. In fact, an orange H-D Road Glide was dug out from the bottom of the canal.

The ride has been sitting in the water of a little while, at least long enough to end up covered in mud. Wait, it gets weirder: the VIN has been tampered with, which makes the bike unidentifiable. Whoever dumped the bike apparently didn’t want to be found. The police are trying to find the owner of the pretty expensive bike and at this point, if the Sopranos and Fargo have taught us anything, we hope this is only a really, really expensive prank.

Bitter ex? Terrible prankster friends you shouldn’t hang out with anymore? The ex’s new boyfriend? Or maybe just an owner miffed at Harley for wanting to send part of its production abroad? Your guess is as good as ours when it comes to figuring out the line of events that lead to the Road Glide finding its resting place at the bottom of the water. At this point, if the owner is indeed found, it could be as expensive to restore the bike than it will be to buy a new one so hopefully, that person has a good insurance. 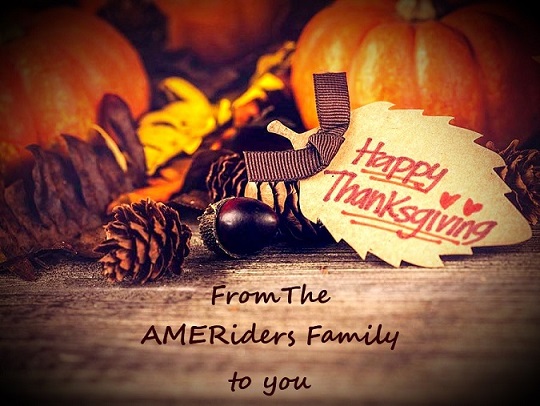 Let AMERiders keep you up to date with information Heated Bike Gear, Santa Claus, and a Bike in the Water this Holiday.