AMERiders knows there comes a time in a bikers life they must make a choice, to either stop riding or buy one of many types of Three-Wheeled Motorcycles. Three-Wheeled Motorcycles or Trikes as they are so lovingly called by the community are a way to keep riding as you are getting on up in years. However, not only “older” riders are using them. Women, and those that are suffering from a number of issues that keep them from riding a regular two-wheeled version of the motorcycle. Aching joints and slowing reflexes are just two things that can keep a biker from riding and using a trike helps them get back in the pack.

Ever expanding Market for Industry Leaders 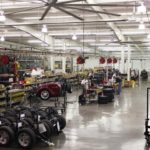 Three-Wheeled Motorcycles are part “Easy Rider” and part easy chair and have grown in popularity over the recent years, expanding from a do-it-yourself niche to a potentially lucrative market for major manufacturers. You can ask any Industry expert for a motorcycle manufacturer and they will tell you that tens of thousands of trikes, prices which can match or be close to an upscale sedan. For example, a new three-wheeled Harley starts at $30,999. This has helped jumpstart a slumping industry and kept a generation of born-to-run riders on the roads. Some companies have long offered kits to convert two-wheel bikes made by major manufacturers to trikes.

Why Some opt for Three-Wheeled Motorcycles 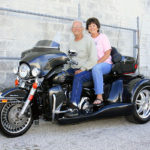 Some Bikers are getting older, and people that have ridden all their lives or even close to it don’t just want to stop just riding because of some illness or injury. Things like bad knees, bad eyes, diabetes or some other problem or issue that could keep them out of the saddle. We riders want to keep on riding and rocking with our brothers and sisters for many more years to come. Some riders equilibrium isn’t so good anymore and having the Trike is much better and can keep them riding, even with their spouses. 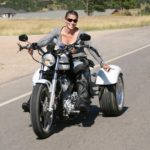 Three-Wheeled Motorcycles are tapping into another market: women! This can include those that may not have been comfortable handling a touring bike (which can weigh nearly 1,000 pounds) or were just tired of being relegated to the role of passenger. They can now have their own bike and join in the fun riding when they want to even if the hubby or significant other isn’t feeling well or is busy.

Many of our United States Service Men and Women come home injured from overseas, and there are many organizations like Wounded Warriors and others that help them to overcome their issues. I have seen this first-hand myself watching as a veteran was presented his motorcycle that had been fitted specially for him with sidecar and special gears and other things to help him work the bike. However, Three-Wheeled Motorcycles have also made the scene with our Military veterans as the Can-Am Spyder, RS-S model is the easiest to convert for them as it only needs to have a handbrake installed.

Trikes have made motorcycling more accessible, and its a product that has broader appeal, we guess that part of that appeal has to do with the stability of three-wheelers, which doesn’t require riders to lean into curves or hold them steady at stoplights, both of which can challenge weak knees and muscles, and other issues.