AMERiders likes to keep you up-to-date on current motorcycle news whether it be apparel, gear or Motorcycles themselves so here’s some news on H-D’s new 2018 Softail Cruiser Line. But first, let’s have a moment of silence for the H-D Dyna. The “rubber soul” of the Dyna line and its elastomer engine mounts are gone in as the new 2018 Softail-only cruiser line emerges. 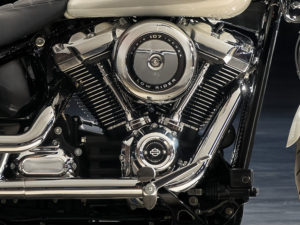 It may be hard for Dyna traditionalists to take “Softail” and “Low Rider” in the same model name, but that’s just what’s happened for 2018. It’s may be a big departure to drop the Dyna from the Harley-Davidson cruiser line up, the qualities that made the Low Rider a popular choice remain: It is still considered a blank canvas for customization. It also keeps the individualistic DNA of the 1970s chopper era that birthed the original Low Rider.

As with the rest of the new 2018 Softail model lineup, the Low Rider features a new version of the four-valve-per-cylinder Milwaukee-Eight 107ci V-twin with dual counterbalancers to cancel primary vibration. This allows the engine to be rigidly mounted in the frame, which increases chassis stiffness for improved handling. Harley-Davidson claims the 107ci Milwaukee-Eight makes the new bikes 10 percent faster from 0-60 than the High Output Twin Cam 103 engine used previously. 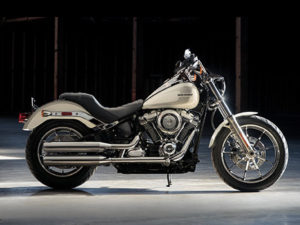 A lighter, stiffer (compared to previous Softail and Dyna models) that takes the idea of form and function to a place that it’s never gone before. It’s the look of a hard tail from a bygone era that delivers a thoroughly modern ride. The mild-steel tubular frame has also been redesigned and is 65 percent stiffer than the outgoing Softail frame. This new frame has 50 percent fewer component parts, 22 percent fewer welds and, with the solid-mount engine, makes for an overall 34 percent more rigid chassis. This new frame (along with other changes) help reduce the weight of the Heritage Classic by 32 pounds for 2018. The new chassis also improves steering and increases available lean angle. 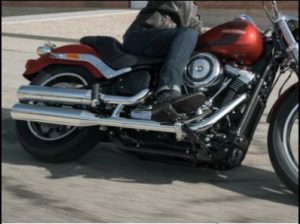 Throwback style through dual tank mounted gauges, headlight visor and 70’s inspired tank graphics help to carry forward the traditional Low Rider cues. Not only that it is chromed out from headlight visor to exhaust and it has some beautiful bold aluminum wheels that stay true to the modern classic look. 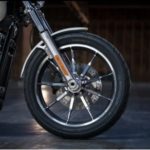 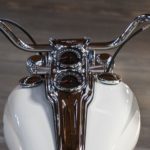 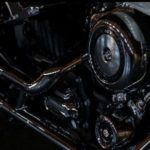 This bike is truly beauty in motion.

Let AMERiders keep you up to date with news on H-D’s new 2018 Softail Cruiser Line.